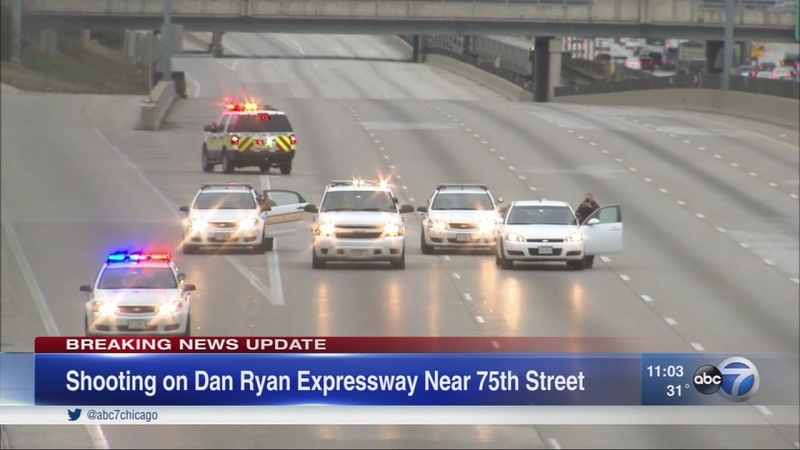 A 47-year-old man told state troopers he was headed south on the Dan Ryan around 5:25 a.m. when a gray Jeep pulled up on the passenger side of his car and someone inside started shooting near 75th Street.

The man was not injured, but his two right tires were shot out and there were bullet holes in a passenger-side door.

He pulled off I-90-94 and stopped at West 83rd Street and South Lafayette Avenue. The man told police he last saw the Jeep heading west on 83rd.

Investigators closed all lanes of the outbound Dan Ryan from 71st to 79th streets until around 8:20 a.m. Drivers in the express lanes were diverted to the local lanes and all traffic was forced off the expressway as troopers searched for shell casings and other evidence.