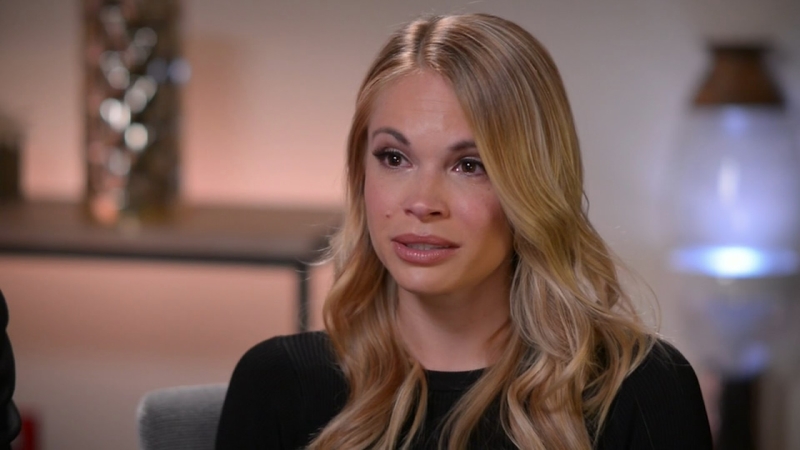 LOS ANGELES (WLS) -- A former Playboy Playmate who bodyshamed a naked 70-year-old woman in a gym locker room on Snapchat said she has gone from living in front of the cameras to trying to hide from them.

"To hide out at my mother's house at age 30 because of something I've done. It just felt really low," said Dani Mathers, who was sentenced last week to community service and three years of probation as a result of the incident.

Mathers, a model and actress, spoke to ABC News for the first time since she posted the Snapchat of the unsuspecting woman and a caption: "If I can't unsee this then you can't either."

"I just want her to be able to move on and move forward in her life, and not feel judged, or that she was doing was being ridiculed. Because it had nothing to do with that. And that I'm so sorry," Mathers said.

After the incident, online backlash was swift. The gym revoked her membership for life. She received death threats

Mathers apologized online, but that wasn't enough. Police investigated the incident, charging her with criminal invasion of privacy.

"I didn't have an intention of breaking a law, but obviously I think hopefully everybody knows it's illegal to take a photo of somebody without their knowledge. Especially when they're undressed. So I just wasn't thinking, to be honest," Mathers said.

Since posting the photo, Mathers' relationship with Playboy has ended, her radio show appearances have been cancelled and she is having a hard time finding modeling work.

Mathers said she never would have imaged being labeled a liability, but she understands.

"It's terrible, but it's also part of me just taking accountability for everything that's happened. I can't blame anybody but myself," Mathers said.

Mathers maintains she was trying to send the picture to a friend privately as part of an ongoing conversation they were having but accidentally posted it publicly.

"My intention was to reply to the conversation I was having with my friend. I know the difference between right and wrong and I chose wrong," Mathers said.

Mathers has unsuccessfully tried to reach out to the woman in her Snapchat photo.