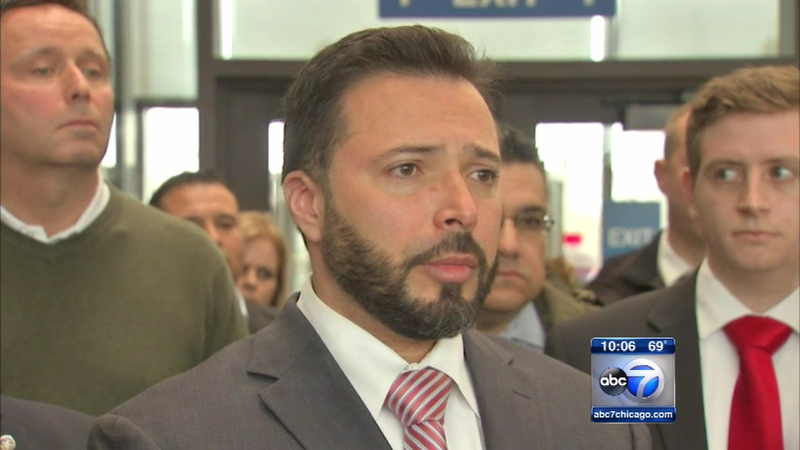 CHICAGO (WLS) -- The Independent Police Review Board says that Officer Dante Servin, who fatally shot an unarmed 22-year-old woman, should be removed from the force.

Servin has been on desk duty since the 2012 shooting death of Rekia Boyd.

"It's rare. It's rare you hear of an officer lose their job over killing a civilian," said Martinez Sutton, Boyd's brother. "I agree with the decision wholeheartedly, but I also miss my baby sister. She was the baby of the family."

In April, Servin was acquitted of involuntary manslaughter charges in Boyd's death. The judge presiding at trial ruled that Servin had been improperly charged, and the criminal case against him was thrown out.

But now, after months of investigation, the civilian-led Independent Police Review Authority (IPRA) has recommended that Servin be fired. IPRA has not released detailed specifics, but says that Servin violated the Chicago Police Department's deadly force policy, that he'd failed to qualify with the weapon he fired that night and that he made inconsistent statements to detectives, the State's Attorney's Office and IPRA. And its recommendation is that he be fired.

Police have issued a written statement which says in part, "... we take the use of force by our officers and the recommendations of IPRA extremely seriously and we will carefully review the matter."

The ball is now in the court of Supt. Garry McCarthy. He has 90 days within which to make a decision. He could agree with the recommendation, or disagree and call for discipline short of termination. He has not announced any intention, but whatever his choice, the Servin decision will be highly controversial.

Servin's attorney Darren O'Brien called the IPRA recommendation "...completely unjustified and based on an erroneous conclusion that Servin fired into a crowd."

O'Brien maintains Servin fired directly at Antonio Cross, Boyd's boyfriend. O'Brien says Servin believed Cross was pointing a gun at him. Police never recovered a weapon, only a cellphone, but O'Brien and Servin contended during the criminal trial that Cross disposed of the weapon.

Boyd's family says Servin intentionally and carelessly fired shots from his car and that one of the bullets struck Boyd, killing her.