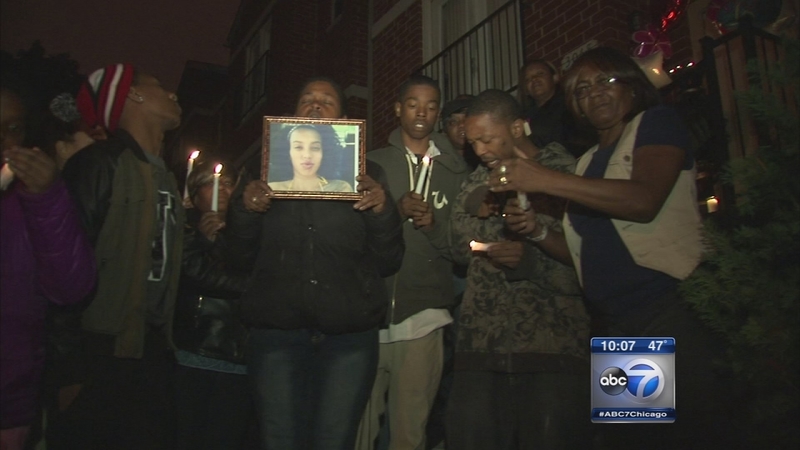 GARY, Ind. (WLS) -- As loved ones remembered the victims of alleged serial killer Darren Vann, police swept abandoned buildings for bodies and a long history of violence was revealed.

"What if I was in her shoes?" Floyd Wimberly, Hardy's cousin, asked. "I can understand what she was going through."

Hardy, 19, is one of seven women who Gary police say Darren Vann has confessed to killing. Relatives of another suspected victim, 28-year-old Teaira Batey, say she had developmental issues.

"She didn't deserve to get hurt," said Gloria Cullom, Batey's mother. "She was a sweet person. She was disabled."

Gary police conducted a massive day-long sweep utilizing cadaver dogs on Tuesday, scouring some 120 abandoned buildings in the area where six of the victims were found.

"He has been accurate about the information he has given, but that does not mean that we are simply going on his information," said Gary mayor Karen Freeman-Wilson.

Authorities in three states are now reviewing years of cold case files to see if they are connected to the alleged serial killer.

At a press conference Monday evening, Gary police indicated they will be filing charges against Vann in the coming days. The FBI, specifically the Behavioral Analysis Unit based in Quantico, Va., is also assisting with the investigation.

A long history of violence

A decade ago, Darren Vann wrapped his arms around his then-girlfriend and threatened to set them both on fire.

The image from April 2004 haunts Joe Hamer. Hamer was the Gary police officer who responded to the call. He's now with the Lake County Sheriff's Department.

"It's still hard for me to wrap my head around it almost to think that this is somebody that I dealt with ten years ago," he said.

Vann had kicked down the door to his girlfriend's home, doused them both with gasoline and pulled out a lighter. A standoff ensued.

SWAT team members eventually wrestled Vann to the ground as he flicked the lighter. He was convicted of a misdemeanor.