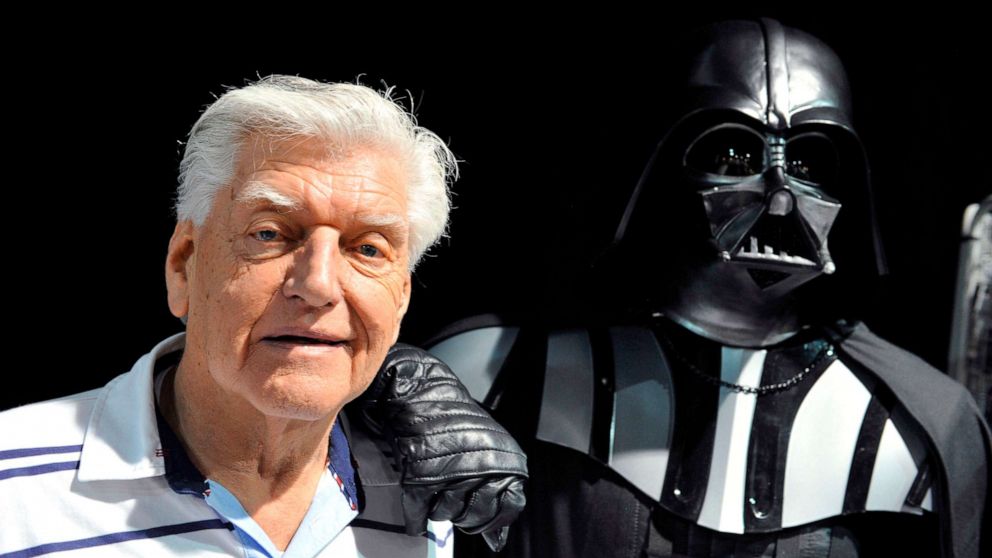 LONDON -- Dave Prowse, the British actor who played Darth Vader in the original "Star Wars" trilogy has died at the age of 85, according to his agent.

"It's with great regret and heart-wrenching sadness for us and [millions] of fans around the world, to announce that our client DAVE PROWSE M.B.E. has passed away at the age of 85," Bowington Management said in a tweet early Sunday morning.

Prowse, born in the city of Bristol in the southwest of England, was originally a body builder and won the British heavyweight lifting championship ship for three consecutive years starting in 1962, according to the Associated Press.

At 6'7", Prowse broke into the film industry and was cast in parts that featured his size such as Frank Alexander's bodyguard, Julian, in Stanley Kubrick's "A Clockwork Orange" in 1971 which soon got him noticed by "Star Wars" director George Lucas who eventually asked the actor to audition for the part of Darth Vader of Chewbacca.

Prowse also played the monster of Frankenstein in three separate films during his career but was most well-known for his portrayal of the iconic villain, Darth Vader, who was voiced by James Earl Jones.

Prowse was awarded an MBE (Member of the British Empire) in 2000 for his work playing the role of the Green Cross Code Man -- a superhero who was invented to promote British road safety in a television campaign from 1971 to 1990.

"So sad to hear David Prowse has passed," said Mark Hamill who played Luke Skywalker in the "Star Wars" saga. "He was a kind man & much more than Darth Vader. Actor-Husband-Father-Member of the Order of the British Empire-3 time British Weightlifting Champion & Safety Icon the Green Cross Code Man. He loved his fans as much as they loved him. #RIP"

Edgar Wright, who directed "Ant-Man" and "Baby Driver" also weighed in on Sunday.

"As a kid Dave Prowse couldn't be more famous to me; stalking along corridors as evil incarnate in the part of Darth Vader & stopping a whole generation of kiddies from being mown down in street as the Green Cross Code man. Rest in Peace, Bristol's finest."
Report a correction or typo
Related topics:
abc newsnational
Copyright © 2021 ABC News Internet Ventures.
More Videos
From CNN Newsource affiliates
TOP STORIES