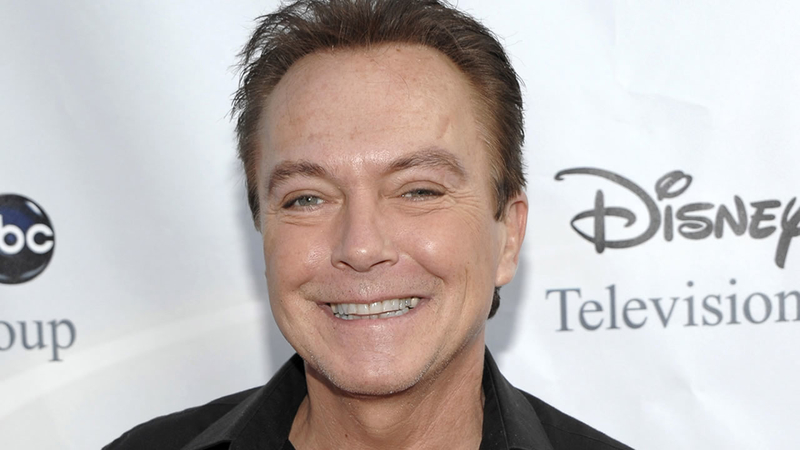 FORT LAUDERDALE, Fla. -- Actor and former teen idol David Cassidy has died at age 67 after being hospitalized with organ failure in Florida, his publicist said Tuesday.

"On behalf of the entire Cassidy family, it is with great sadness that we announce the passing of our father, our uncle, and our dear brother, David Cassidy," his family said in a statement released by his publicist. "David died surrounded by those he loved, with joy in his heart and free from the pain that had gripped him for so long. Thank you for the abundance and support you have shown him these many years."

Cassidy skyrocketed to fame in the 1970s as he starred on TV's "The Partridge Family," becoming a singing superstar at age 20 and one of the biggest teen idols of the era.

"I love to entertain people," Cassidy told Eyewitness News in a 2000 interview. "I love to make them laugh. I love to get them up and rocking and swinging."

He was three years old when he decided he wanted to act, after seeing his dad, actor Jack Cassidy, in a Broadway musical.

As a teen, he landed a few small roles on television and Broadway before he was cast as Keith Partridge in the musical sitcom.

His real-life stepmother, Shirley Jones, was cast as his TV mother, Shirley Partridge. Neither knew the other had been cast until they showed up to work.

The ABC show lasted for 98 episodes over four seasons. During that time, Cassidy also put out four solo albums and broke box-office records touring the world as a singer.

His song "I Think I Love You" spent three weeks on the charts at No. 1. The song was released in late 1970 and became the year's best-selling single, beating out The Beatles' "Let It Be."

Cassidy's other hits included "How Can I Be Sure," "Could It Be Forever" and "Rock Me Baby."'

He would return to television briefly in the late '70s with "David Cassidy - Man Undercover."

Throughout his career, Cassidy stayed close to music by writing songs for others.

Cassidy also did what he considered a labor of love in 2009 with the ABC family series "Ruby and the Rockits," working together with his brothers Shaun, Patrick and Ryan for the first time.

He also starred on Broadway for shows including "At The Copa," a Vegas production he created in 2000.