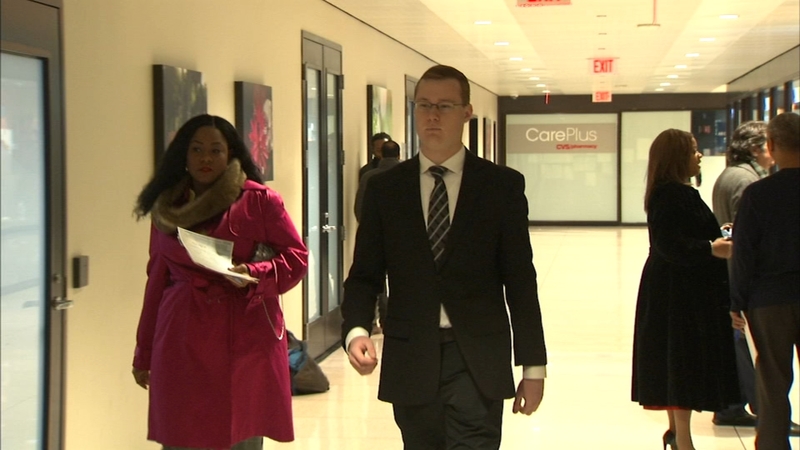 CHICAGO (WLS) -- Allegations of fraud in Chicago's 13th Ward aldermanic race has now gotten the attention of the FBI, and an investigation is now underway.

"I think that the FBI is taking this very seriously," said David Krupa, Candidate for 13th Ward Alderman

Krupa said he got a surprise call from an FBI agent today.

"An FBI investigator did reach out to me asked me, kinda what happened and allowed me to explain what we believe to be going on," Krupa said.

What Krupa believes is going on is a case of election fraud by the campaign of incumbent alderman Marty Quinn. 2,600 people signed petitions to revoke nominating signatures for Krupa that they never gave him in the first place.

"I am encouraged, I think that, knowing that the FBI reached out to me means that somebody is listening and somebody is taking this matter seriously, which it needs to be taken seriously," Krupa said.

The FBI declined to comment. The Cook County State's attorney's office would not confirm or deny if it is conducting an investigation, but did say the office has been in contact with the board of elections.


"We have no comment on any pending investigations that might be conducted by any outside agencies," said Jim Allen, Chicago Board of Elections.

Meanwhile as Toni Preckwinkle's petition challenge of Susana Mendoza continued today, Mendoza said she had the signatures to get on the ballot.

"As of yesterday we're over 13,000 signatures that have already been validated, it means we only needed 12,500. We're above that," said Susana Mendoza, Candidate for Mayor.