Students returning to Chicago from Uganda after filmmaker mentor killed 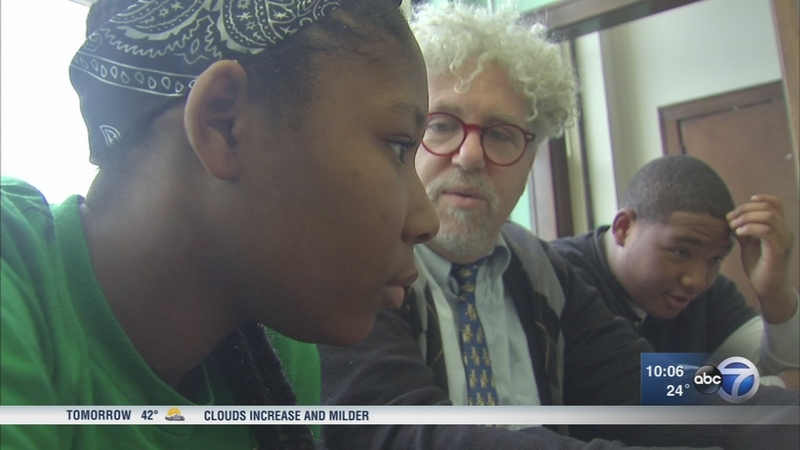 Students returning to Chicago from Uganda after filmmaker mentor killed

CHICAGO -- Chicago middle school students who were traveling in Uganda with filmmaker David Steiner are on their way back home after Steiner was killed in a head-on bus crash. One student was injured.

Thieves then stole the Barbara A. Sizemore Academy students' money and passports. They and the rest of the film group are now on their way back and their mothers are eager to greet them after a rattling phone call and the uncertainty that followed.

With those words Patterson knew everything wasn't fine halfway across the world.

"She says, 'We were in an accident,'" Patterson said.

The head-on crash happened on a rural Ugandan road en route to a refugee camp. Steiner was killed instantly. Terrance Danztler sustained an injured pelvis and was seen on YouTube footage of the aftermath of the crash hobbling with help of two men.

"We were able to talk to her while she was cleaning his wounds that had dirt and blood caked in them," Patterson said.

"Helpless, scared. Just wanting him to be here, wanting to hold him, letting him, know it's going to be okay," said Falon Harper, Terrance's mother.

Patterson and Harper have been each other's lifelines in the past 48 hours since the crash. Terrance and Hayh both worked with Steiner on the documentary "Saving Barbara Sizemore," about their efforts to save their Englewood school after Chicago Public Schools voted to close it. The documentary has won multiple awards. They were in Uganda with Steiner to work on a new documentary project about Sudanese refugee children.

"He was like, 'Ma, he's opening so many different doors for me,'" Harper said of her son.

Now they're heading home, bruised and shaken but safe.