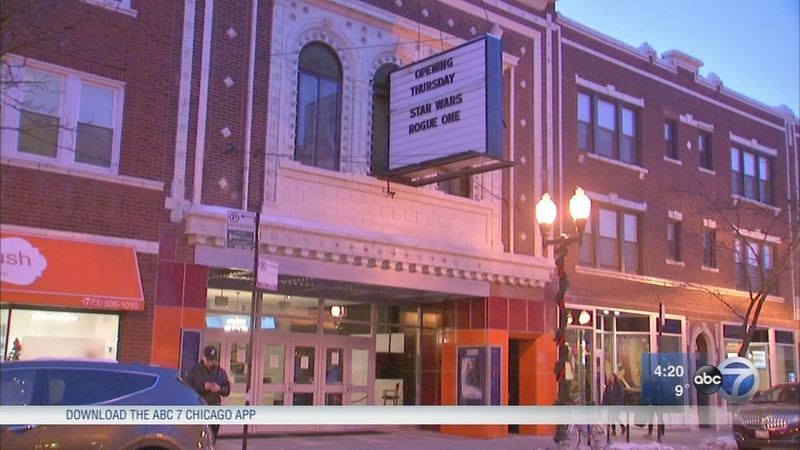 CHICAGO (WLS) -- One of Chicago's oldest and longest operating movie houses reopened Thursday, proving that the glory of the past can be restored and modernized when a neighborhood cares.

After 98 years, many owners, and a demolition threat, the Davis Theater is back to its old art deco beauty. Originally opening as the Pershing Theater in 1918, it is the only remaining movie house of five that once entertained Chicago's Lincoln Square neighborhood.

The Davis has been added to the national register of historic places.

"These auditoriums, these theaters are just so beautiful, and when you go to the magic of the movies part of the experience is when you walk into such a beautiful, creative space," said Davis Theater owner Tom Fencl.

Fencl, a local businessman, bought the Davis in 1999, operating an aging film house that had been poorly remodeled and neglected over the years.

"Until we started peeling it away and pulling down ceiling tiles we didn't realize how much was actually fully intact and was really preserved by the fact that it was hidden for all these years," Fencl said.

Along with architectural detail, original organ pipes in the wall were uncovered, which played music for 1,500 patrons sitting watching silent films. Then in the 1980s, the space was chopped up into four theaters.

"It was a relief to most of the residents that we get to keep this great institution that has been a part of our community for decades and helps our community remain as a small business community," said one Lincoln Square resident.