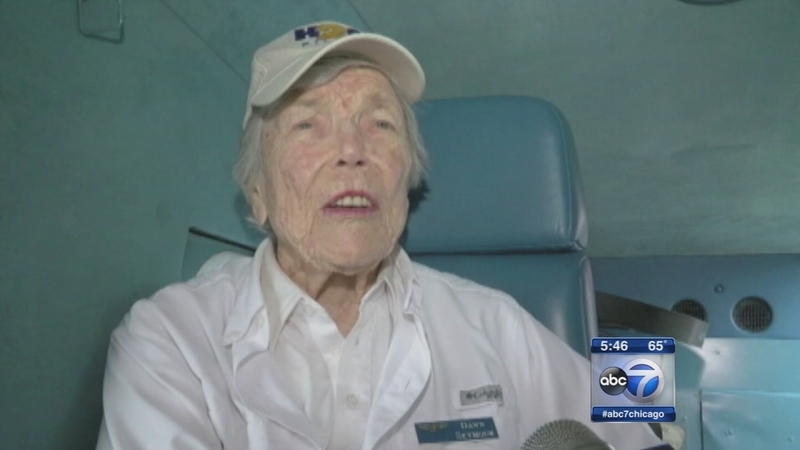 A pilot who was among the first women ever trained to fly for the U.S. military took off again Wednesday.

Dawn Seymour is at an airshow in Wisconsin, where she will share her story of being an aviation pioneer. It's one of the things that keeps Seymour going - at the age of 98.

Seymour served in WWII, but the female Air Force service pilots had no rank. They were civilian pilots who were sent home at the end of the war on their own home.

"After we were sent home in December '44, it wasn't til 30 years later that women were offered jobs in the cockpit," Seymour explained.

Her veteran status and recognition with the Congressional Gold Medal didn't come until decades later. That's when Seymour decided to start telling the story of the Wasps. That's what she will be doing at the nation's biggest airshow this week.

"Well, I'm looking forward to it," Seymour said. "It's a wonderful experience to have, and I think we helped open the door for aviation for women."

More than 1,000 women served as Wasps. Thirty eight of them died - 11 of them in training and 27 during missions.

Seymour has been an inspiration to many people, including her own children.

"She keeps busy, educating children of all ages to look for what they love, and she loves flying," said Elizabeth Merrill, Seymour's daughter. "That's her dream."

During the war, Seymour flew the B-17 Flying Fortress in just about every kind of mission shy of combat.