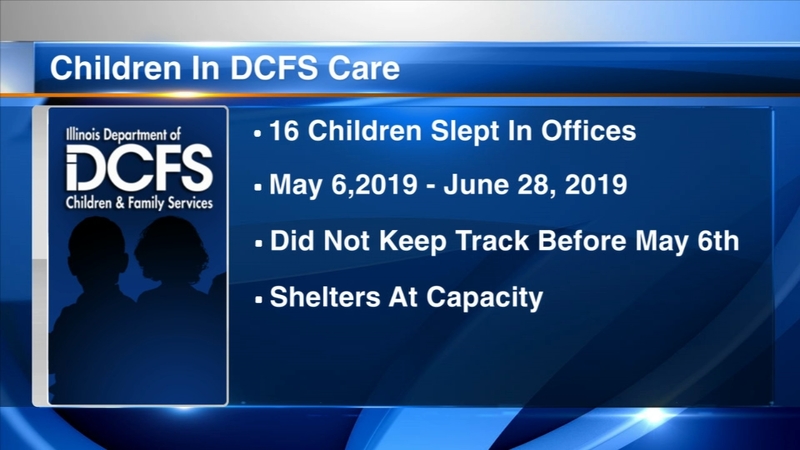 The extraordinary decision by a Cook County Juvenile Court judge should be a "wake-up call to the General Assembly," House Republican Leader Jim Durkin said in a letter dated Monday.

"The lack of action by DCFS is failing the children in the care of the state," wrote Durkin, who also noted the child welfare agency receives more than $1 billion in annual state funding and is "tasked with protecting the state's most vulnerable residents, a mission both Republicans and Democrats can agree is essential to the state."

Durkin's letter comes four days after a judge issued two contempt-of-court orders against Smith in the cases of two children left sitting in facilities for months even though they were ready to be placed with families, the Sun-Times previously reported. The agency soon could be fined up to $2,000 a day until Smith complies with the order by placing those children into proper homes.

Durkin called the judge's orders a "damning indictment" on DCFS and Smith and demanded accountability.

"Questions need to be asked, answers need to be given by (Gov.) J.B. Pritzker and his administration of how it got to this point, particularly when the judge, time and time again, in the order, states that the director ... has completely disregarded previous orders regarding these" children, Durkin told the Sun-Times in a phone interview.

One child awaiting placement is a 9-year-old girl malnourished as an infant and physically and sexually abused by family, records show. The girl, a DCFS ward for two years, was put into psychiatric care in April and has been ready to be discharged since June. She's still there seven months later.

The other, a 13-year-old boy with "severe mental health issues," was forced to sleep in a utility room before being placed in a temporary shelter in Mount Vernon, Ill., about 80 miles east of St. Louis. The shelter was supposed to be a "temporary" placement of no more than 30 days; he's now been there more than 145 days.

A spokesperson for Pritzker hasn't responded to the Sun-Times' requests for comment.

The two cases are just part of a much larger issue.

Over the last year, more than 350 children in DCFS care were languishing in psychiatric hospitals an average of 55 days "for no reason other than DCFS had nowhere to place them," according to longtime Cook County Public Guardian Charles Golbert, an appointed official representing some of the county's most vulnerable residents.

Smith didn't create DCFS' placement-shortage problem, which is as severe now as it's been in decades, according to Golbert. But he inherited it when Pritzker appointed Smith as director in April 2019.

McCombie, a member of the Audit Commission, said Smith previously acknowledged DCFS' dysfunction and wanted to "take ownership of the failings," not pass the blame onto previous leadership. However, Smith hasn't been able to address the issue in almost three years at DCFS, which is why McCombie also favors a hearing.

"We have to be held accountable to taxpayers, and there's billions of taxpayer dollars being spent to take care of these most vulnerable and then when you're hearing they're not being taken care of, somebody needs to answer for that. And we need to know why. Because how else are we going to fix it?"

"There needs to be a change of leadership within DCFS immediately," Durkin said, adding that what he wants first from Smith "is a plausible explanation of how these contempt orders came about and what his actions were - if he disputes the orders, I'd like to know.

"But if he doesn't, that also should be enough notice for this administration to say, 'Enough's enough director, we're gonna move on.'"

McCombie would like to hear Smith's reasoning before demanding new leadership.

"I am afraid of, you just keep passing the buck. You know, I think we just need to hold the current director accountable and find out how we can fix it," she said.

"And if we find during the hearings that there's been more negligence and more situations, I'm certainly not opposed to replacing the director. But at this point, I just don't know if that's the answer today."