Hundreds of decomposing sea turtles were found off the Mexican coast 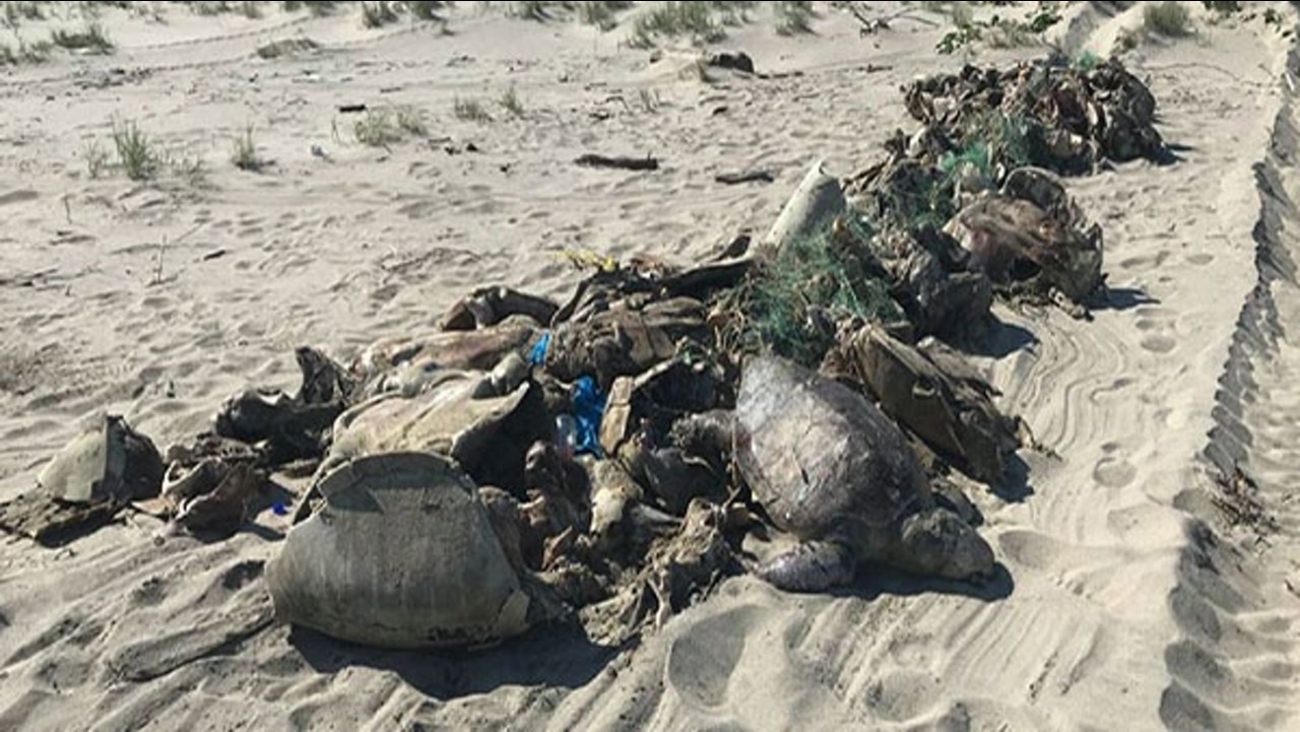 Hundreds of turtles drowned and their corpses had been floating for over a week off the coast of Mexico. (CNNW)

More than 300 endangered sea turtles were found dead near the southern coast of Mexico, the country's environmental officials said.

The net has been prohibited in the area, officials said.

The government's special prosecutorial office for crimes against the environment (PROFEPA) and other agencies are working to find those responsible for the incident.

In 1990, a multilateral treaty criminalized killing the protected sea turtles.

PROFEPA says the turtles drowned more than a week ago and had been floating offshore since then.

Video footage shows many of the corpses were partially decomposed and some already had fragmented shells.

The species are considered as endangered by Mexican officials and by the US Fish and Wildlife Service. The decline of the species is mainly due to human activities, including the incidental capture in commercial fisheries.

The dead sea turtles have since been removed from the water and buried in order to avoid any further contamination.

The turtles were found just a few miles southeast of the tourist beach of Puerto Escondido in the state of Oaxaca.