Police in northwest suburban Rolling Meadows are searching a home that could be a crime scene investigators said is related to a missing person's case that dates back to the 1970s.

WILL COUNTY, Ill. (WLS) -- Police have concluded a search for remains at a home investigators said is related to a missing person's case that dates back to the 1970s. No remains were found. However, polic say, additional leads were developed and this investigation "remains active."

A vacant home on Barber Lane in Will County was cordoned off by crime scene tape last week as multiple units of crime scene technicians went in and out. A deathbed confession in 2011 led police to the home, where investigators are looking for the human remains of or evidence of the presence of Michael Mansfield, of Rolling Meadows.

"We saw the police there Monday," said neighbor Annette Heck.

Mansfield went missing in 1975 when the 19-year-old left his home in Rolling Meadows to visit a friend and never returned. The investigation by Rolling Meadows police has been open for 41 years.

WJOL in Joliet reported that Russel Smrekar, a man serving 300 years for two murders, gave a deathbed confession that he had killed Mansfield and another teen, Ruth Martin. WJOL reports that Mansfield and Smrekar were formerly roommates at Lincoln College and Mansfield was due to testify against him in a petty theft trial. When Mansfield failed to appear, the charges were dropped.

Crime scene technicians have emerged from the home muddy, indicating they may have been digging in the backyard.

"I found out they were talking about a body and I thought, 'Holy mackerel,'" said neighbor Joan Egan.

"I'd rather it had been 40 years ago than last year, to be honest with you. To think I lived here at a time when something like that could have went on is more frightening than something years ago," Heck said.

The Will County Sheriff's Department and Cook County Major Case Assistance Team assisted in the search. 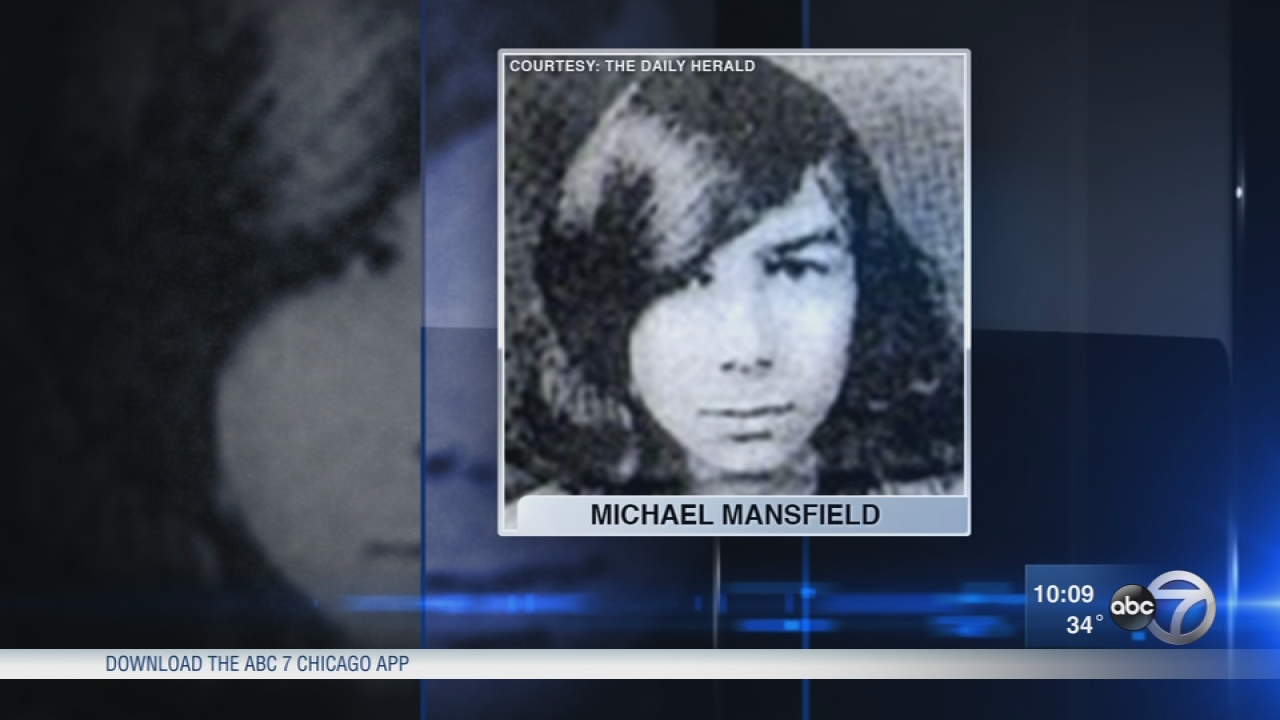