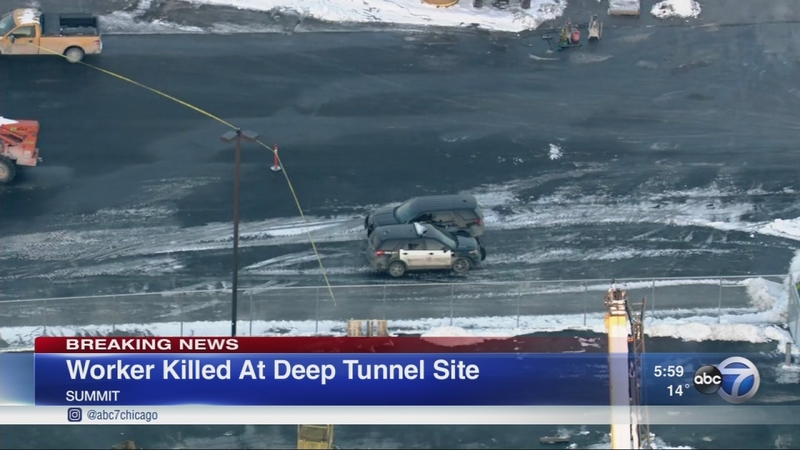 The victim was identified as Robert Ellison, 55, of Spring Grove, according to a Cook County spokesperson. No further information as available.

Ellison was found lying in what appeared to be a parking lot on the site of the project. No information about his cause of death has been released.

Officials from the Occupational Safety and Health Administration are investigating..

No additional details were immediately available.
Kiewit, the lead contractor on the project, released statement saying in part, "We were deeply saddened to learn that an employee on the McCook Reservoir Main Tunnel System project died earlier today. We extend our sincerest condolences to his family and friends, and those who knew and worked with him at Kiewit. Our deepest thoughts and prayers are with all of them at this time."