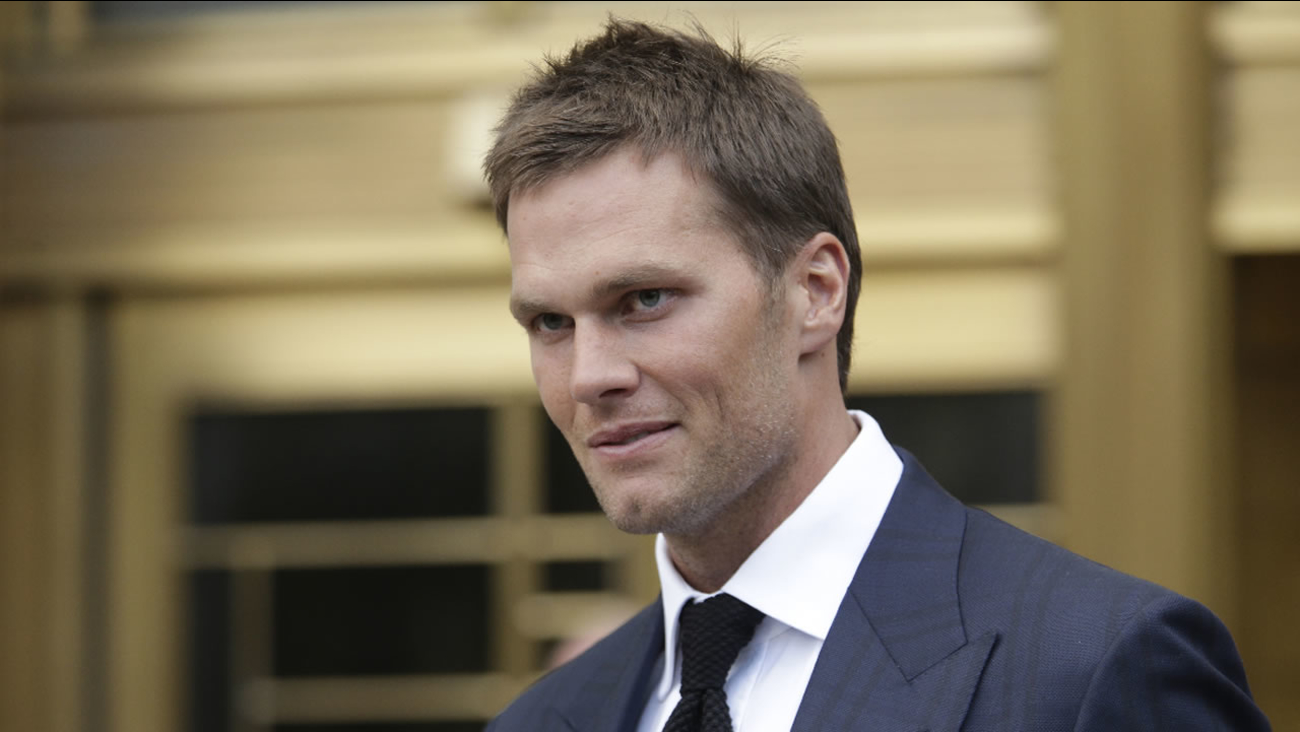 NEW YORK -- New England Patriots quarterback Tom Brady must serve a four-game "Deflategate" suspension imposed by the NFL, a federal appeals court ruled Monday, overturning a lower judge and siding with the league in a battle with the players union.

A three-judge panel of the 2nd U.S. Circuit Court of Appeals in Manhattan ruled 2-to-1 that Commissioner Roger Goodell did not deprive Brady of "fundamental fairness" with his procedural rulings. The split decision may end the legal debate over the scandal that led to months of football fans arguing over air pressure and the reputation of one of the league's top teams.

It is also likely to fuel a fresh round of debate over what role, if any, the quarterback and top NFL star played in using underinflated footballs at the AFC championship game in January 2015. The Patriots won the contest over the Indianapolis Colts, 45-7, and then won the Super Bowl.

The ruling can be appealed to the full 2nd Circuit or to the U.S. Supreme Court, but it would likely be a steep and time-consuming climb even if the courts took the unusual step to consider it.

In a majority opinion written by Judge Barrington D. Parker, the 2nd Circuit said its review of labor arbitration awards "is narrowly circumscribed and highly deferential - indeed, among the most deferential in the law."

"Our role is not to determine for ourselves whether Brady participated in a scheme to deflate footballs or whether the suspension imposed by the Commissioner should have been for three games or five games or none at all. Nor is it our role to second-guess the arbitrator's procedural rulings," the opinion said. "Our obligation is limited to determining whether the arbitration proceedings and award met the minimum legal standards established by the Labor Management Relations Act."

The 2nd Circuit said the contract between players and the NFL gave the commissioner authority that was "especially broad."

"Even if an arbitrator makes mistakes of fact or law, we may not disturb an award so long as he acted within the bounds of his bargained-for authority," the court said.

"I am troubled by the Commissioner's decision to uphold the unprecedented four-game suspension," Katzmann said. "It is ironic that a process designed to ensure fairness to all players has been used unfairly against one player."

The NFL Players Association said in a statement it was disappointed.

"We fought Roger Goodell's suspension of Tom Brady because we know he did not serve as a fair arbitrator and that players' rights were violated under our collective bargaining agreement," the statement said. "Our union will carefully review the decision, consider all of our options and continue to fight for players' rights and for the integrity of the game."

"That authority has been recognized by many courts and has been expressly incorporated into every collective bargaining agreement between the NFL and NFLPA for the past 40 years," McCarthy said.

The appeals ruling follows a September decision by Manhattan Judge Richard Berman that went against the league, letting Brady skip the suspension last season. Goodell insisted the suspension was deserved.

The appeals court settled the issue well before the start of the 2016 season, avoiding the tension built last year when Brady didn't learn until a week before the season that he would be allowed to start in the Patriots' opener.

At oral arguments in March, appeals judges seemed skeptical of arguments on Brady's behalf by the NFL Players Association.

Circuit Judge Denny Chin said evidence of ball tampering was "compelling, if not overwhelming" and there was evidence that Brady "knew about it, consented to it, encouraged it."

The league argued that it was fair for Goodell to severely penalize Brady after he concluded the prize quarterback tarnished the game by impeding the NFL's investigation by destroying a cellphone containing nearly 10,000 messages.

Parker said the cellphone destruction raised the stakes "from air in a football to compromising the integrity of a proceeding that the commissioner had convened."

"So why couldn't the commissioner suspend Mr. Brady for that conduct alone?" he asked. Parker added: "With all due respect, Mr. Brady's explanation of that made no sense whatsoever."

Parker also was critical of the NFL at the arguments, saying Brady's lengthy suspension seemed at "first blush a draconian penalty."