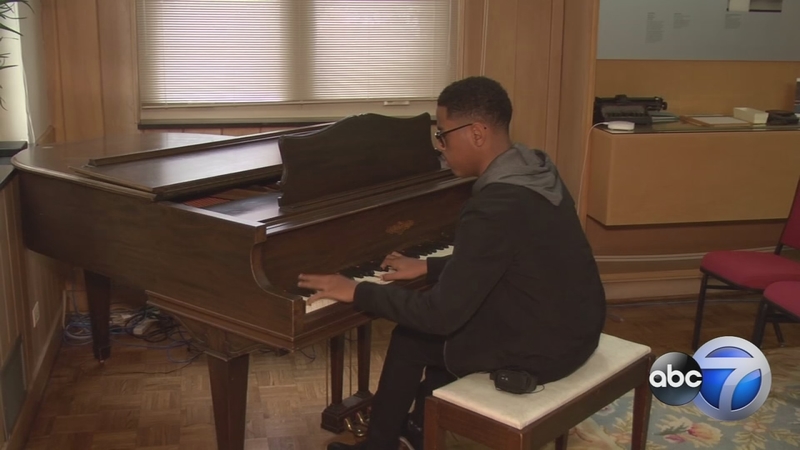 Whitaker, who is visually impaired, is an accomplished musician on the piano, organ and drums, even earning Yamaha and Hammond endorsements before graduating high school.

Whitaker is so good that he's been compared to Stevie Wonder. He's even had the chance to open for the legendary musician.

"It's an honor to be compared to Stevie and I do play Stevie songs, but there's really only one Stevie," said Whitaker.

There's also just one Whitaker, and he's a composer too. His album, "Outta the Box," is on sale now.

Whitaker's passion for music started when his grandfather gifted him a keyboard when he was 3 years old.

"It's a lot to get used to at first, but once you get used to it you get pretty good," he said.

He's better than good, with fingers gliding over the keys. He can seamlessly drift from jazz to classical music. His feet tap along as he plays, kept warm by socks covered in treble clefs and time signature markings.

Whitaker showcased his talent on some of the world's biggest stages including Carnegie Hall and the Apollo Theater in New York City, as well as venues in Europe, Africa and Asia.

Friday, Whitaker performed at the Hadley Institute for the Blind and Visually Impaired in north suburban Winnetka.

"Some of us have visible disabilities and others don't. I think he's an inspiration to anybody to realize that they should live their passion if they can," said Colleen Wunderlich, director at Hadley's Forsythe Center for Entrepreneurship.