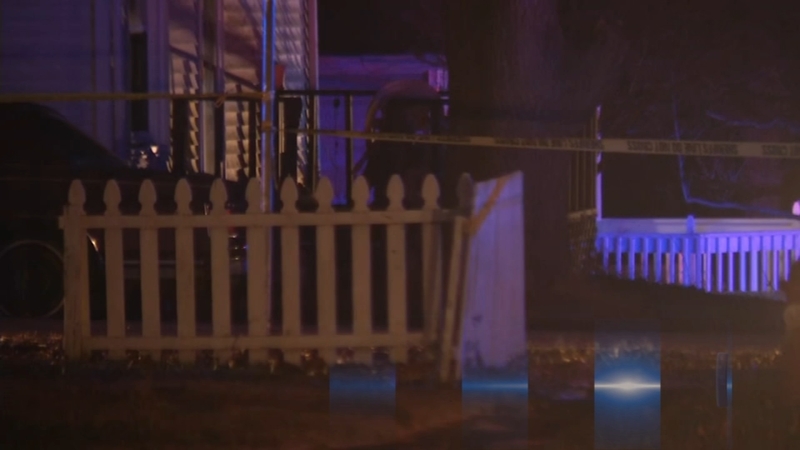 THAYER, Ill. -- A child welfare worker was stabbed to death while visiting a home outside Springfield Tuesday, and a man who had been living there is facing murder charges.

Deidre Silas, 36, was attacked around 4 p.m. as she was checking on six children, ages 1 to 7 , in a home in Thayer, a small town about 20 miles south of Springfield, according to the Sangamon County sheriff's office.

None of the children were injured and they were taken into the custody of the Illinois Department of Children and Family Services.

Benjamin H. Reed, 32, who lived in the home, was arrested just before 6:30 p.m. and was charged with first-degree murder and aggravated battery with a deadly weapon, the office said.

Reed lived in the house where the woman was found.

Silas had just begun working for DCFS last August after spending more than seven years with the Illinois Department of Juvenile Justice, according to the union that represents state workers.

The American Federation of State, County and Municipal Employees said it was reviewing the circumstances of the stabbing to determine if more needs to be done to protect child welfare workers.

"This tragedy is a stark reminder that frontline DCFS employees like Deidre do demanding, dangerous and essential jobs every day, often despite inadequate resources and tremendous stress," said Roberta Lynch, executive director of AFSCME Council 31. "One death in the line of service is too many.

"We are heartbroken," she added in a statement. "Deidre dedicated her career to helping young people."

"There is no higher calling than the work to keep children and families safe and Deidre lived that value every single day," the governor said. "Our most vulnerable are safer because she chose to serve. I can think of no more profound legacy."