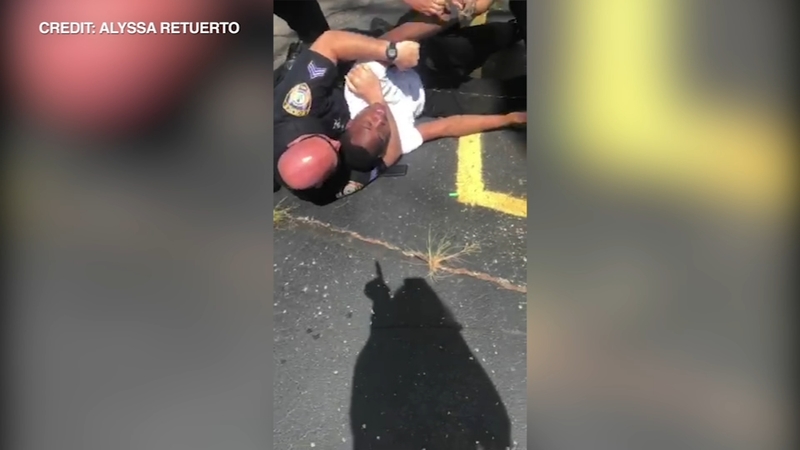 DEKALB, Ill. (WLS) -- DeKalb police are sharing new footage of a marijuana possession arrest after a cell phone video captured what appears to be officers choking and using a Taser on a man.

An investigation is underway after the video of 25-year-old Elonte McDowell was posted to social media following his arrest last Saturday.

"He has a pulse right?" she cries in the video. "Can you guys make sure he has a pulse, 'cause look at his face."

Her video shows officers on top of McDowell.

"I got choked and tased, in that order," McDowell said. "Choked, and then tased. The Taser? They didn't need the Taser."

He said he was in a great deal of pain.

"The same energy and force they used that day, I want justice to be served, to the highest extent," McDowell said.