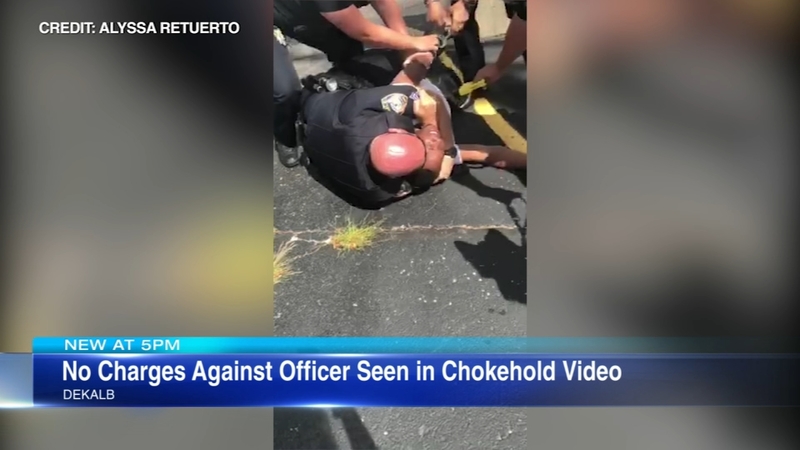 DEKALB, Ill. (WLS) -- The DeKalb police officer at the center of a viral video showing an arrest in August will not be charged.

Police officers pulled 25-year-old Elonte McDowell over, later saying he fit the description of a drug suspect they were looking for.

He admitted at the time he had marijuana in his car.

In video of the arrest that went viral, several officers can be seen pinning him to the ground, including one who had him in a chokehold.

McDowell is heard on the video, which was recorded by his girlfriend, saying that he's unable to breathe. His girlfriend was in the passenger seat when McDowell was pulled over.

The DeKalb Police Department said while the officer who placed McDowell in a chokehold will not face criminal charges, the department will be conducting an internal review.