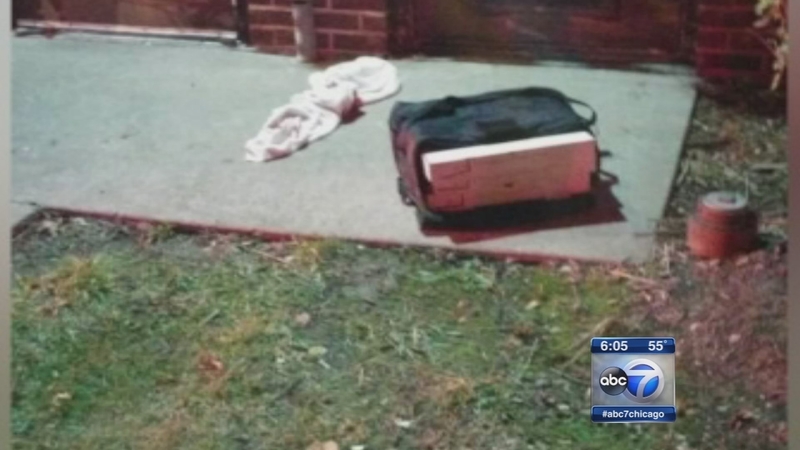 WESTMONT, Ill. (WLS) -- Delivering a couple of pizzas left a Westmont delivery driver hospitalized with seven stitches in his head and a concussion.

"I was basically ambushed," the victim, who did not want his name used, said. "I was set up and ambushed."

The delivery driver says he was attacked Sunday at 6 p.m. as he walked up to the Ponds Housing Complex off Cass Avenue.

A witness recorded the aftermath: Police, paramedics and the pizza boxes on the ground and bloodied, just like the man who delivered them.

A woman saw the ambush and the vicious attack by two men standing not far from the apartment door. She rushed to help.

"I've had panic attacks every night," said the witness, Serena. "He keeps calling me his hero. I'm not a hero, I'm just a nice person who was in the right place at the right time. I don't wish for anyone to see what I saw."

"The only thing they said was, 'Give me the money,' after I was already knocked out," the victim says. And what did they get? "Maybe $50 and a little bit of food."

Westmont police brought in a dog to try to pick up the attackers' scent, without luck. The victim just wants the thugs caught.

"It was a senseless crime. I could've been killed," he said. "Ridiculous. There's no appreciation for life."

The owner of the restaurant says this is the first time one of his drivers has been attacked. He says they won't be delivering to that apartment complex anytime soon.