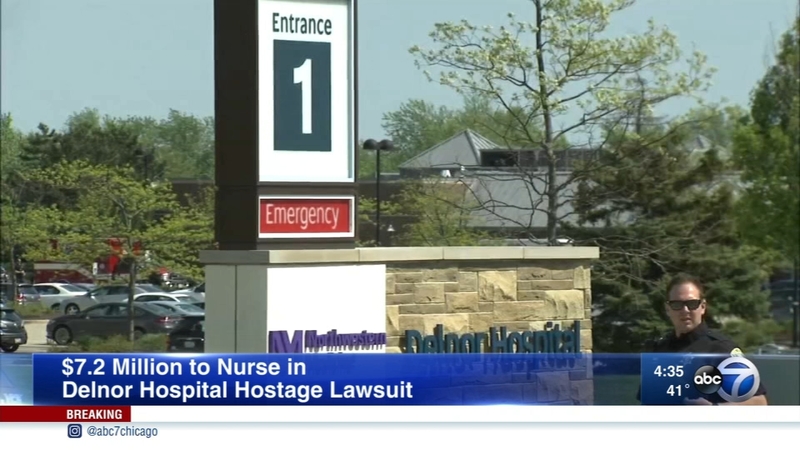 A suburban nurse who sued Kane County after being held hostage and raped by a jail inmate at a west suburban hospital in 2016 has received a $7.2 million settlement.

Inmate Tywon Salters overpowered a deputy at Northwestern Medicine Delnor Hospital in Geneva and terrorized four nurses before an officer fatally shot him.

Salters, an accused car thief with a long criminal history, was being treated for eating a jail-issued sandal and washing it down with cleaning fluid.