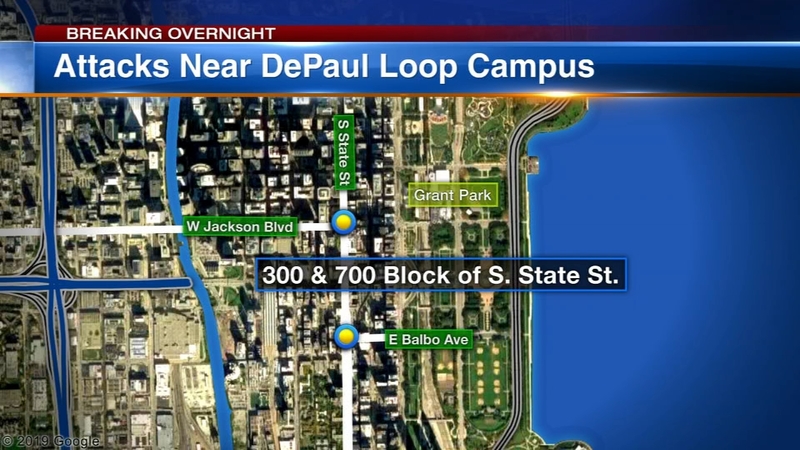 CHICAGO (WLS) -- DePaul University has issued an alert after two attacks near the school's Loop campus.

In the 300-block of South State Street at about 9:30 p.m., a 22-year-old man told police he was attacked by several male suspects and had his cell phone stolen.

At about the same time in the 700-block of South State Street, police said several fights broke out, and victims said a group tossed chairs and tables at them in a restaurant.