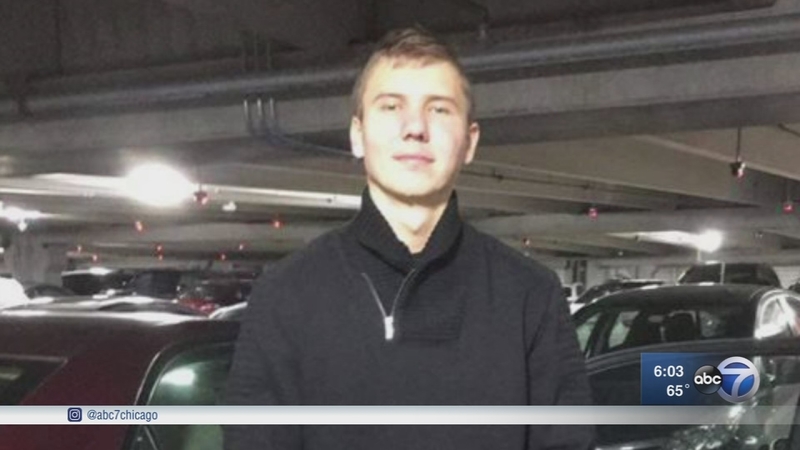 CHICAGO (WLS) -- The ABC 7 I-Team looked into the past of the driver in the Des Plaines car crash that killed four people and critically injured one, who police say was driving over 100 miles per hour at the time, and what they found is a history peppered with high speed violations.

At the age of just 21, Piotr Rog's driving record included more violations and suspensions than most people get in a lifetime. Rog's Illinois driver's license had been suspended on four previous occasions after multiple traffic violations.

When Rog careened into the Crawford family Chevy at what police said was more than 100 mph, it wasn't the first time he was driving well over the speed limit.

The I-Team learned that Rog had multiple convictions during the relatively short time since he first got his license. His state driving record, obtained by the I-Team, showed numerous moving violations for speeding well above the posted limit, running a red light and driving the wrong way on a one-way street.

And his state record showed three suspensions for too many violations in a short time, and the I-Team learned his license was suspended a fourth time last October due to an underage alcohol violation. His license was just reinstated from that suspension on Jan. 9.

He got one of his speeding tickets in 2015, about six weeks after he purchased a Mercedes C Class sedan that he was driving in last night's fatal high speed crash.

Rog's social media pages portray someone fascinated by high-speed cars and motorcycles, and daredevil stunts. A former Facebook profile picture was the motto "Smoke Tyres, Not Drugs," a popular saying for street racers.

Memorials posted by his friends refer to Rog's passion for cars and driving.

His most recent post was a picture of his motorcycle, which he was trying to sell: "mint condition" 2008 Kawasaki Ninja motorcycle, a favorite of high-speed street racers.

The Rog family released a statement this weekend through an attorney saying, "The Rog family would like to offer their deepest sympathies to the Crawford family for the loss of their family members. We are all saddened by the losses that have resulted from this unfortunate accident. We ask that everyone withhold judgment while the situation is still under investigation by the Des Plaines Police Department and various agencies who are all working diligently to determine the facts surrounding what occurred. Please know that our thoughts and prayers are with everyone affected by this terrible tragedy."
Related topics:
des plainescar crashi team
Copyright © 2022 WLS-TV. All Rights Reserved.
I-TEAM
State prisons on COVID lockdown as cases soar
Tips for tax season
2022 inflation: Expert tips to navigate food, gas prices rising
IL long-term care facilities short staffed, investigation reveals
TOP STORIES
ISP trooper, woman ID'd after found dead inside parked car: police
Family of hospitalized 7-year-old girl encourages COVID-19 vaccination
Dad charged and fired from job after racist tirade posted on TikTok
Dogs go sledding in city, suburbs
Cause of death revealed for 23-year-old woman found dead after date
State prisons on COVID lockdown as cases soar
Illinois reports 9,462 new COVID cases, 81 deaths
Show More
Russia-Ukraine conflict explained
Activists fight for civil rights charges in murder of Laquan McDonald
Girl, 8, killed in shooting 'hoped for a better life,' family says
Tips for tax season
Chicago Weather: Clearing skies, chills Monday night
More TOP STORIES News