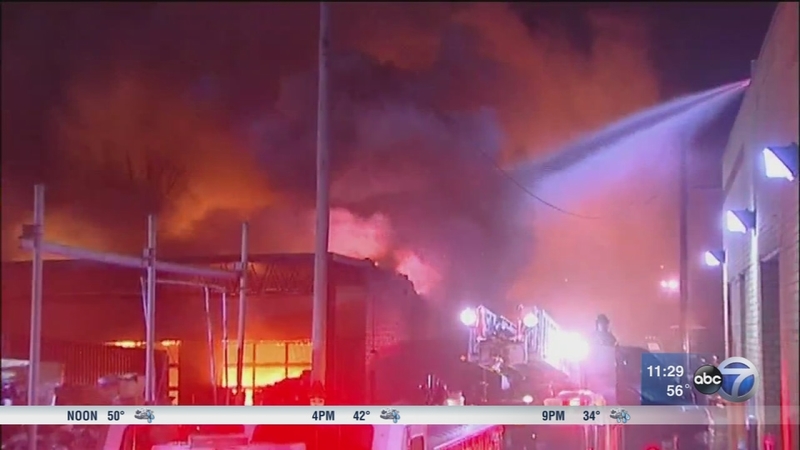 Fire crews responded to Maine Scrap Metal in the 1200-block of Rand Road just after 11 p.m. Wednesday. The owner called for help when he smelled smoke inside the building.

Luckily, he got out safely. But fire officials said the 18,000-square-foot building is a total loss. The business had operated out of that location for more than 50 years.

When firefighters arrived, the flames were through the roof, which eventually collapsed. Chemical reactions inside the building caused several explosions.

The fire spread quickly and was heaviest at the back of the building. A mutual-aid alarm system brought in help from at least five nearby departments. Crews had to bring in machinery to knock down some of the walls.

"We immediately went into a defensive mode. Of course, with it being said, with the volume of material in the building, the fire was somewhat difficult to get at," Dyer said.

Employees were left speechless Thursday morning after seeing the destruction. But Dyer said it could have been worse.

"There's always challenges, wind conditions. We're just thankful that it wasn't 25 below like it was a few days ago," Dyer said.

Firefighters remained on the scene throughout the night and were still checking for hot spots around 11 a.m. Fire officials plan to keep a crew at the scene well into Thursday evening to keep an eye on the site.

Damage to nearby businesses was limited to the limousine company next door. Some of their vehicles were impacted by heat and falling bricks.

Rand Road was temporarily closed between Golf and South River roads as firefighters battled the blaze.