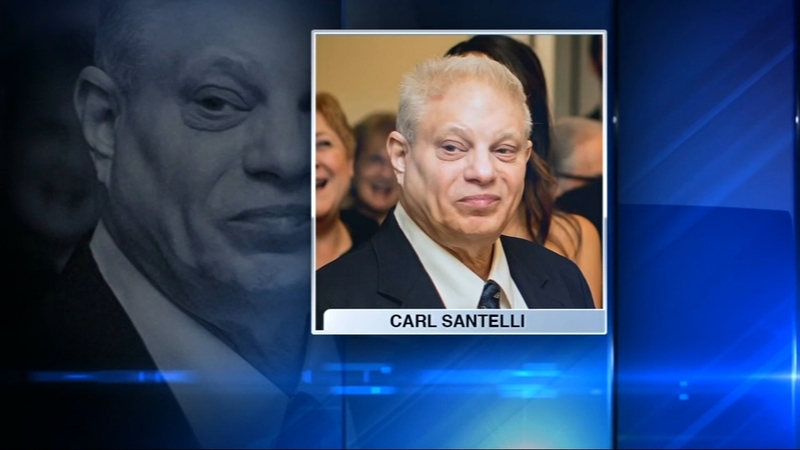 Carl Santelli, 67, was crossing the street at 10:14 p.m. in the 1000 block of Oakton Street in Des Plaines when he was hit by a westbound black 2016 Hyundai Santa Fe, according to Des Plaines police and the Cook County Medical Examiner's Office. The Hyundai drove off after the crash.

Santelli, who lived in Des Plaines, was taken to Lutheran General Hospital in Park Ridge, where he died at 10:58 p.m., authorities said. An autopsy found he died of multiple injuries from the crash and his death was ruled an accident.

"It's really heartbreaking to hear that someone died on a street in my town," said neighbor Heidi Oliva.

Michael Mickelsen said drivers along this stretch of Oakton Street are often careless. Mickelsen said his dog Ice was hurt in a hit-and-run incident in the same area last year.

"The traffic goes faster than it should," he said. "They just come flying through here and they try to beat the lights."

"There's just so many people crossing back and forth," said Mattie Oliva.

ABC7 Eyewitness News spoke with several residents who are calling for a pedestrian crosswalk to be put in.

Neighbor Heidi Oliva said that the first step to making the area safer is making sure the driver responsible for Santelli's death is caught.

"What you did was wrong and you have broken the hearts of a family and killed somebody," she said.