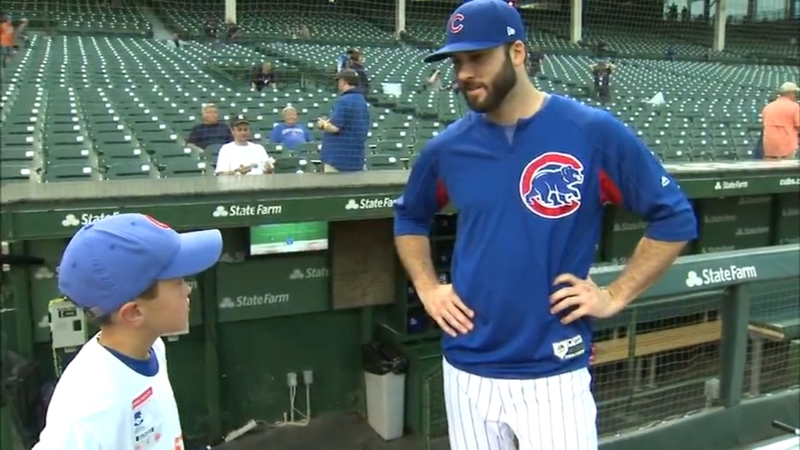 Morrow, who is in his first season with the Cubs, met with children who also have Type 1 diabetes before the Cubs game Tuesday night. Though he's currently out with an injury, he realizes he's a role model for kids.

The first thing he showed them was his insulin pump. He might be a professional athlete making millions of dollars, but just like the kids meeting him he depends on a device that delivers insulin to keep him alive.

A portion of Cubs ticket sales for Tuesday night's game are going to support the Juvenile Diabetes Research Foundation, a charity important to the Cubs since Ron Santo became one of the first professional athletes to play a sport while checking his blood sugar levels several time a game.

As the Cubs closer, Morrow usually enters games at the most critical point in the 9th inning. It's a time when adrenaline can turn his blood sugar haywire, requiring a dose of insulin or maybe a candy bar. But Morrow said he's gotten used to it.