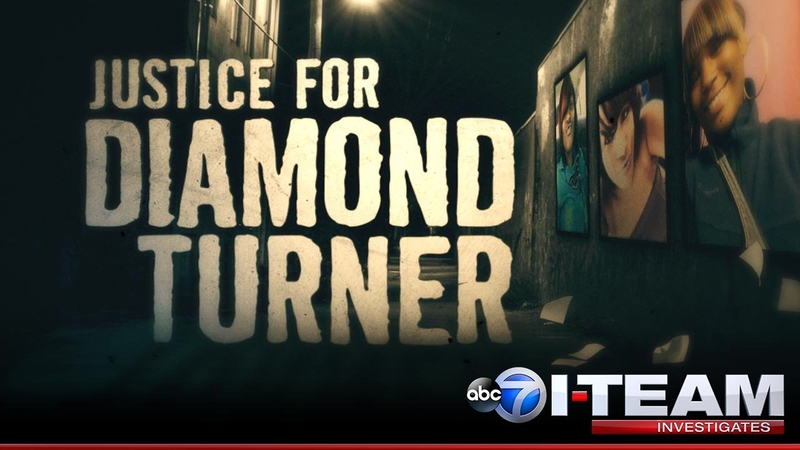 CHICAGO (WLS) -- What really happened to Diamond Turner, the 21-year-old Chicago woman savagely beaten to death and discarded in an alley this past March?

After months of waiting for answers, the Turner family told the I-Team they believe they have told the Chicago Police Department everything they need to know to find her killer. They said Diamond was last seen leaving Red's Lounge on South Stony Island with a man named Arthur Hilliard. Her family said she never returned home, but Hilliard kept contacting them to ask if she'd made it back. Two days later, garbage collectors found her broken body stuffed in an alley trashcan.

Three weeks later, Hilliard asked to meet the family in an empty lot and the family secretly recorded their meeting.

Arthur Hilliard told the family his roommate, Michael Parks, killed Diamond and put her in a trashcan and rolled the can into the alley. Parks told the I-Team he had nothing to do with the murder.

Parks said he told detectives what he thinks happened that night.

"I don't think Michael Parks is involved. But Arthur, I think he the one who did it," said Latonya Turner. "He's saying that's what happened but he knows too much detail, when it happened, the time of death, how she got in the garbage can, how the garbage can got in the house. He know too much information. If you claim you were in the front room asleep, so you're trying to tell me this man Michael Parks just told you step by step how he did it? Her last words. Come on. How would you know all this?"

The I-Team tracked Arthur Hilliard for days all over Chicago to get his side of the story. When we finally reached him briefly by phone, he would only tell us that he told Diamond's family enough information "to get street justice" for "his baby."

Chicago police tell the I-Team that detectives are waiting on evidence to come back from the state crime lab so they can continue investigating the case. This year, in Chicago, only 13 percent of the city's nearly 600 homicides have been solved. That means more than 500 families like the Turners are still waiting for answers.