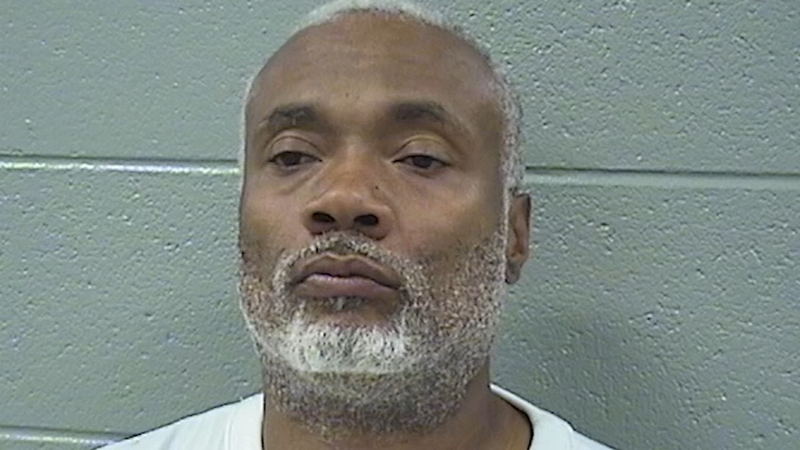 CHICAGO (WLS) -- A West Side man charged with concealing one homicide, and the subject of an I-Team investigation of another, could be released after posting $5,000 cash following a Cook County judge's decision on Monday.

Cook County prosecutors had asked that no bond be allowed for Arthur Hilliard, 51, following Hilliard's arrest in connection to a man found stabbed to death on September 1 . Chicago police detectives say Hilliard was identified through video disposing the body of Andra Karl Williams, 52, in an alley in the 700-block of South Campbell.

On Monday, Cook County Judge John Lyke set Hilliard's bond at $50,000, requiring that he post 10 percent. Hilliard would also be subjected to electronic monitoring, according to Judge Lyke's order.

Assistant Cook County State's Attorney Daniel Crone outlined for the judge how Hilliard was seen on video surveillance wheeling a shopping cart in the alleyway and leaving it behind a building. Andra Williams was found stabbed to death in the shopping cart.

"Andra was in a wheelchair and his wheelchair was broken so he didn't have a way to get away," said Williams' niece Valencia Cartlieg who, along with other family members, are angry about the low bond. "We just don't understand, we don't even understand how he have a bond, like, they just gave him a D bond a $50,000 D bond and he popped his collar as he was leaving to go back to be held. That's not fair."

Crone also provided a record of Hilliard's criminal history, including domestic battery and an order of protection.

Hilliard was previously the subject of an I-Team investigation into a different murder, the 2017 beating death of Diamond Turner. The body of Ms. Turner, 21, was found in a trash can that had also been wheeled into a South Side alley.

"I guess it's just a joke because after they gave it to him he popped his collar like--that's not cute, you killed two people" said Diamond Turner's aunt Latonya Turner. "They gave this man a bond and house arrest. He going to do it again."

Domin said Hilliard doesn't want to speak to law enforcement. He has another court date in the Williams case on September 28.