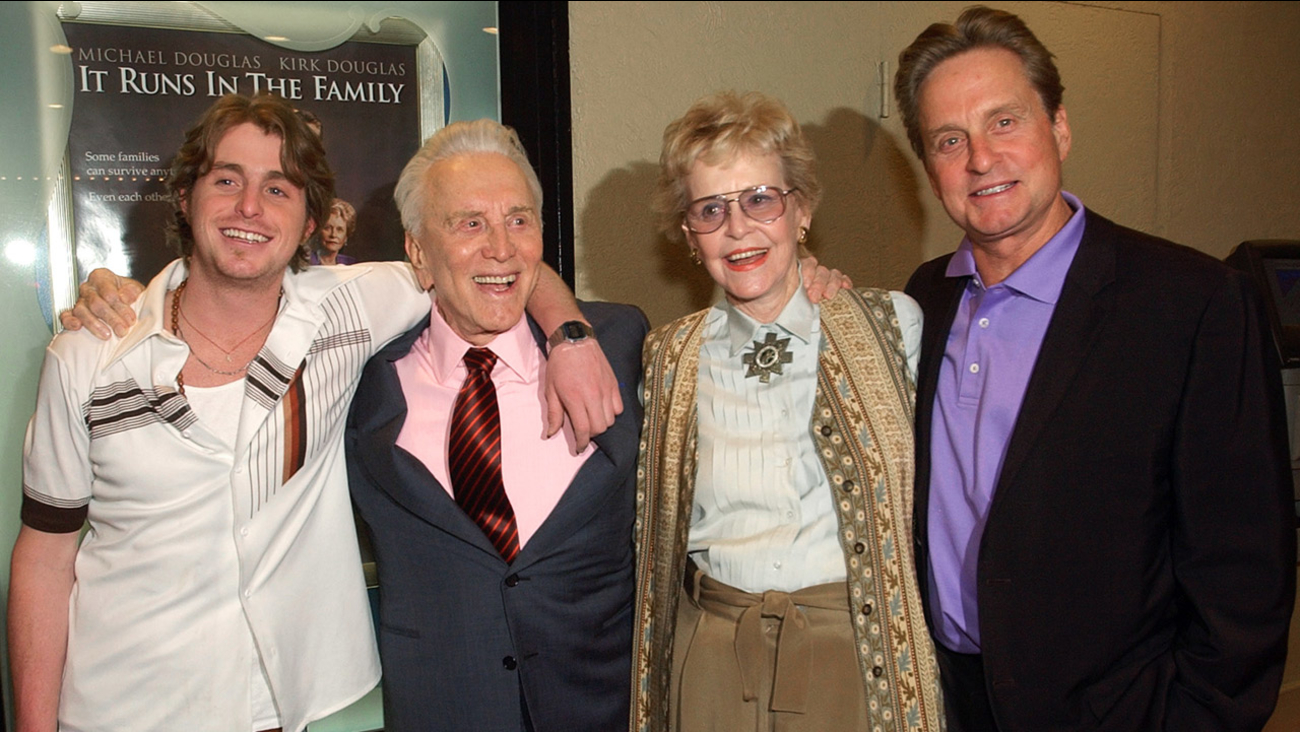 LOS ANGELES -- Diana Douglas, the first wife of Kirk Douglas and mother of Michael Douglas, has died in Los Angeles. She was 92.

Michael Douglas's production company says she died of cancer on Saturday at a movie industry retirement home in Woodland Hills.

Born in Bermuda, Douglas was an actress and model who appeared in dozens of movies and TV episodes. As a model, she was on the cover of Life magazine in May 1943.

Kirk Douglas, an acquaintance from acting school, saw the cover and vowed to marry her.

They tied the knot that year and had two sons, Michael and Joel, before divorcing in 1951.

They remained on amicable terms and appeared together in several later films, including her last movie, 2003's "It Runs in the Family."