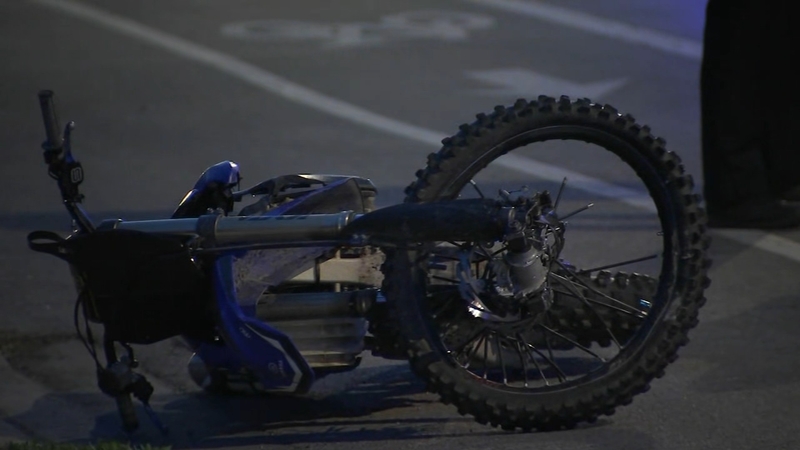 CHICAGO -- A 27-year-old dirt biker was killed in a hit-and-run crash Monday evening in Marynook on the South Side.

The man was riding a dirt bike about 7:25 p.m. in the 8300 block of South Kimbark Avenue when he was struck by a Kia traveling west, Chicago police said.

The driver of the Kia then fled the scene, according to police.

The man was transported to the University of Chicago Medical Center, where he was later pronounced dead, police said.

The Cook County medical examiner's office has not yet identified him.

Area detectives are investigating the incident.