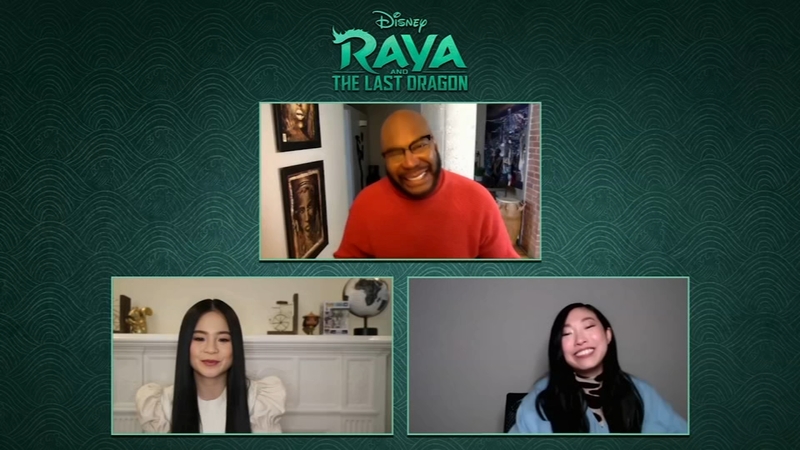 "It's super special, I really could believe it when I got the call that I would be part of the movie that features the first Southeast Asian Disney princess," said Awkwafina, who voices Sisu. "And I've been really lucky in my career to be part of these benchmark films - 'Crazy Rich Asians,' the first Asian American cast to be out in 25 years and then this - and then there's a conversation, we don't want to be the last, we want to hold the door open, we want to inspire kids to know they can do this if they want to."


"The fact that this movie is basically an action movie, to me, is just incredible," said star Kelly Marine Tran. "Yeah, I felt really powerful pretending to wield a sword in the makeshift fort I was recording in, it was really cool."

"I felt big and I felt like I had those powers, it was a really cool experience," she said.

With much division happening in the world, the movie is an opportunity to send out a message of positivity.


"Right now, more than ever, we need a movie like this to show people across cultures and across ages that you should choose unity, unity and trust over hate," Awkwafina said.

"The one thing to bring us out of all this would be our communities and our relationships with each other," Tran said. "I think that's something that stays with me watching the movie, and I hope it resonates with people."