A Chicago Fire Department diver who died while searching the Chicago River for a missing boater was identified as 46-year-old Juan Bucio, a 15-year- veteran of the department.

CHICAGO (WLS) -- Juan Bucio, a veteran of the Chicago Fire Department's dive team who died while searching the Chicago River for a missing boater, was remembered Tuesday as "a Chicago hero."

"I think it's important for his sons to know that their dad is a hero, a Chicago hero, who gave his all for the rest of us," Emanuel said.

He also personally paid his respects to Bucio's family, and mentioned the impact on his two young children.

"For them, there will be an empty seat at the breakfast table. For them, their dad, our her-their hero, our hero, won't be there on graduation day," he said.

Colleagues remembered Bucio, a former lifeguard for the Chicago Park District, as an excellent swimmer, diver, athlete and team player who pushed others to be their best.

"We're proud of Juan. He's going to be remembered as a hero," said Lt. Chris Mezirie, a fellow CFD emergency responder. "When Juan jumped out of the helicopter on that dive mission, Juan didn't expect what happened to him."

Brian Coffman, a CFD firefighter/paramedic/diver, said Bucio was calm under pressure and motivate others in training.

"I trust him with my life as a partner," Coffman said.

In Garfield Ridge, red ribbons were wrapped around poles that lined the streets. The small token was a gesture meant to comfort the grieving department.

"This little thing we can do for them," said Timothy Blazina, resident.

"It's been emotional. I know a lot of people are having a heart time dealing with it. There's a lot of emotions involved," said Lisa Robinson, CFD paramedic.

At about 8 p.m. Monday, Bucio was part of a crew trying to rescue a man who fell off a boat and into the river in the 2600-block of South Ashland Avenue.

While searching for the man, identified as 28-year-old Alberto Lopez, CFD officials said communication was lost and Bucio was suddenly gone.

Once divers found him, he was rushed with a police escort to Stroger Hospital, where he was pronounced dead. A procession then led his body from the hospital to the Cook County Medical Examiner's Office.

Two other members of the dive team suffered minor injuries and were treated and released from the hospital. One of those divers was Bucio's partner.

Bucio was a 15-year veteran of the Chicago Fire Department, and spent the last 11 years on the Marine and Dive Operations Unit. Prior to CFD, Bucio was a Chicago police officer from 2000-2003, a police spokesman confirmed.

He was stationed at Engine 13, where members of his team gathered to honor him Tuesday morning, as purple bunting was hung out front.

Bucio has two young sons, ages 7 and 9. He was one of ten children, two of whom currently serve the city. His brother is a Chicago firefighter and his sister is a Chicago police officer.

Santiago asked the public to keep his family in their prayers. Condolences were extended to his family and friends on social media:

The 100 Club of Chicago, a nonprofit which supports families of law enforcement officers, firefighters and EMS personnel who died while on duty, will provide educational assistance benefits for Bucio's children.

Firefighter John Metzger said Bucio's children attended the same school as his and that they had family in common.

"I feel for (his children). They should know that their father always talked about them. And that's what hurts the most," Metzger said as he fought back tears.

The CFD resumed the search for Lopez, the missing boater, on Tuesday, but it is now a recovery mission.

Once his body is found, they will send him to Mexico for burial. 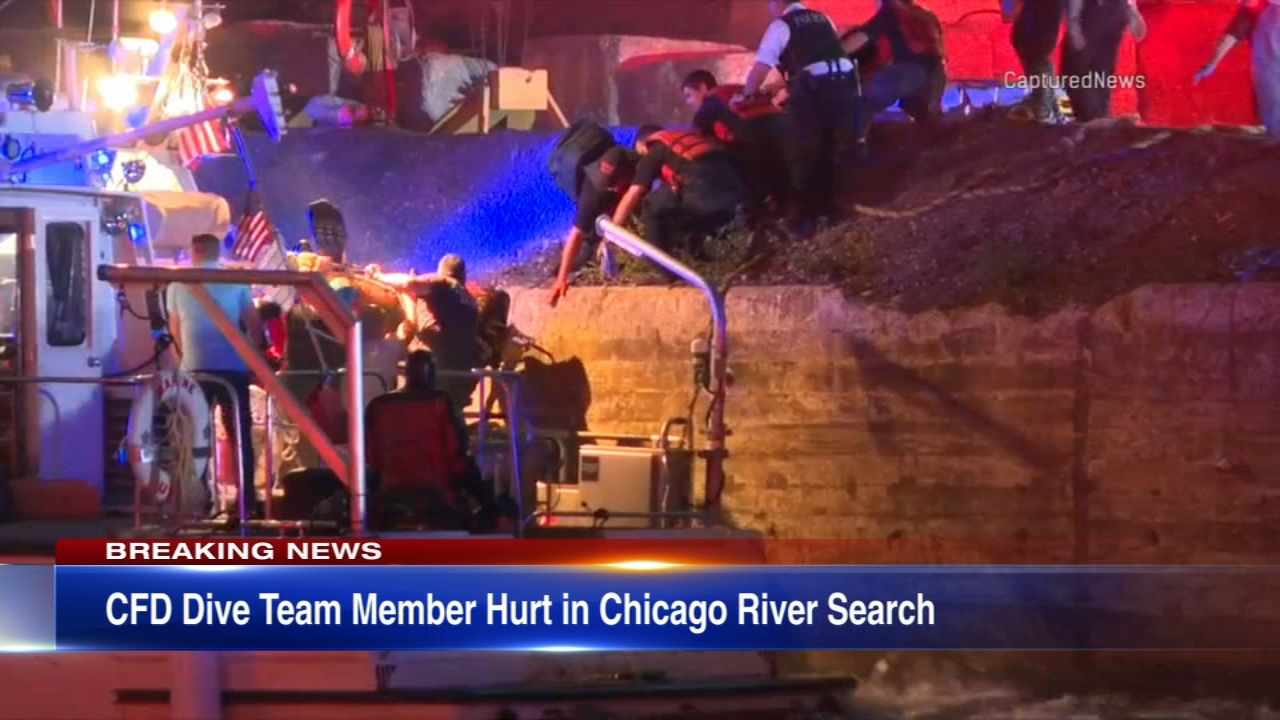