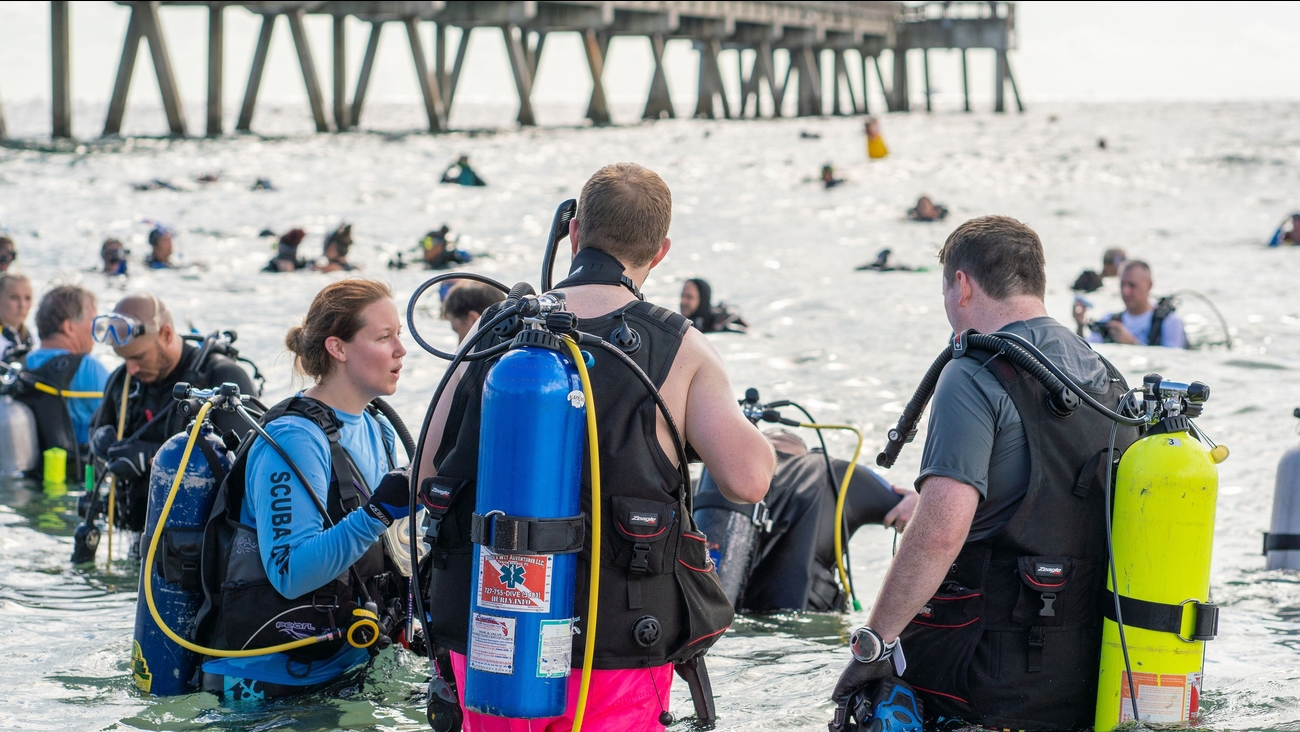 Hundreds of divers donned their wetsuits and air tanks on Saturday to become the largest group to conduct an underwater cleanup.

DEERFIELD BEACH, Fla. -- Hundreds of divers donned their wetsuits and air tanks on Saturday to become the largest group to conduct an underwater cleanup.

The official weight of the trash recovered is still being tallied, and the number is likely to grow, said Tyler Bourgoine, who participated in and helped organize the cleanup.

Ocean conservation group Project AWARE estimates that the cleanup might have removed as much as 3,200 pounds of marine debris.

"There were countless lead sinkers. Everything from a boat ladder to a barbell," Bourgoine told CNN.

The city will help with recycling the debris and ensure everything is disposed of properly.

Divers came from as far away as Europe and South America to participate in the event, organized annually by local dive shop Dixie Divers and Deerfield Beach Women's Club.

This year was the 15th cleanup began at around 9 a.m. and lasted about two hours

"It was a great time. Everyone was working together and cleaning up one part of the reef or pier," Bourgoine told CNN.

The area the divers cleaned has tons of marine life.

"That's one of the reasons why there's so much debris," Bourgoine said. "People are constantly fishing there."

Ahmed Gabr, a former Egyptian Army scuba diver, set the previous record in 2015 with 613 other divers in the Red Sea in Egypt.

Plastic and other human-produced waste have become a growing presence and problem in the oceans.

About 8 million metric tons of plastic enter the ocean annually -- equivalent to the weight of nearly 90 aircraft carriers, according to the National Oceanic and Atmospheric Administration (NOAA).