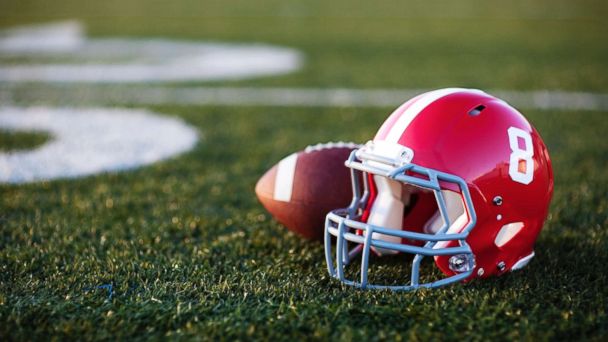 A divorced couple is battling in a Pittsburgh family court over whether their 17-year-old son should be allowed to continue playing football for his senior year of high school, despite the teen's history of concussions.

The teen's father, John Orsini, argues that his youngest son, whom he shares custody of with his ex-wife, should no longer play football due to three sports-related concussions he suffered in the past according to court documents filed in Allegheny County family court.

Janice Orsini, the teen's mother, believes that her son should continue playing football because he understands the risks. The pair relied "on the input and opinions of his treating physicians and medical providers" to make the decision, according to a statement released by her attorney, John Demas, on Tuesday. The parents have been divorced since 2004, The New York Times reported.

"It is disappointing that a father has chosen to address this private family matter related to his minor son in a public forum," the statement read. "The record reflects that Mrs. Orsini's first priority is, and has been, the health, safety and well-being of her children and to suggest otherwise is patently false."

The teen had played football since he was 5 years old, court documents state. His older brothers and father also began playing football at a young age, and his eldest brother, 21, now plays football at Case Western University in Cleveland, according to the New York Times. In addition, John Orsini attended his sons' practices and games and rooted for the Pittsburgh Steelers.

John Orsini alleged that high school football is a "voluntary and non-essential activity" and that his son could engage in other sports, including baseball and basketball, which "do not carry the same degree of risk of sustaining further concussion," the court documents state.

Although he was previously a football enthusiast, John Orsini changed his mind after he said his youngest son suffered a trio of concussions. The first occurred in 2013, when he was hit in the head with a baseball bat -- without a helmet -- and in 2015 and 2016 during football games, according to the Times.

After each concussion, the teen was medically cleared to return to sports, John Orsini told The New York Times, but he noticed that he son would slump in his chair at the dinner table.

John Orsini sent a letter to his son's principal in July saying that he no longer consented to him participating in the football team, resulting in the school district prohibiting from playing, Janice Orsini alleges.

The teen's mother then filed an emergency request to let him play, but the judge allowed the ban to stand, case filings show. Two weeks later, in August, she filed a motion seeking a change in physical custody of her son and as well as sole legal custody "as it pertains to extracurricular activities," arguing that if her ex-husband wanted to "change the status quo arrangement," the burden was on him to change the custody agreement, according to court documents.

In October, a judge ruled that the teen should be able to keep playing football during the fall of his junior year, in the interim of the final custody hearing scheduled for March 29.