Divvy to be largest bike share program in North America

CHICAGO (WLS) -- Chicago's Divvy bike share program is growing and will soon be the largest system of its kind in North America.

New stations are being added next week, spreading across the city to Touhy Avenue on the north, 75th Street on the south and Pulaski to the west.

The expansion will include 475 stations and 47 hundred bikes.

Since the launch last summer, more than two million rides have been taken on Divvy bikes, covering more than five million miles.

The expansion from the current 300 stations and 3,000 bikes had been planned for this year. However, the bankruptcy of a key equipment supplier significantly delayed the ability of Alta Bicycle Share, Divvy's operator, to acquire new equipment. The new stations and bikes will be built over the next several months and delivered to Chicago for installation in the early spring. 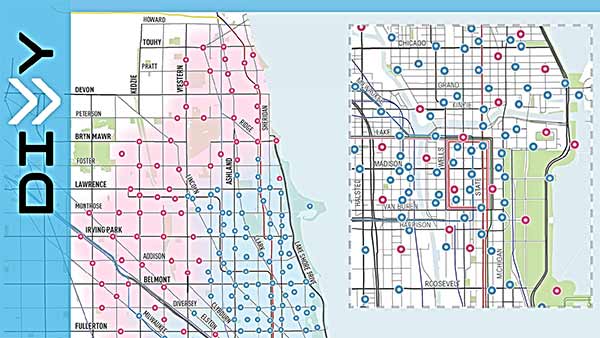