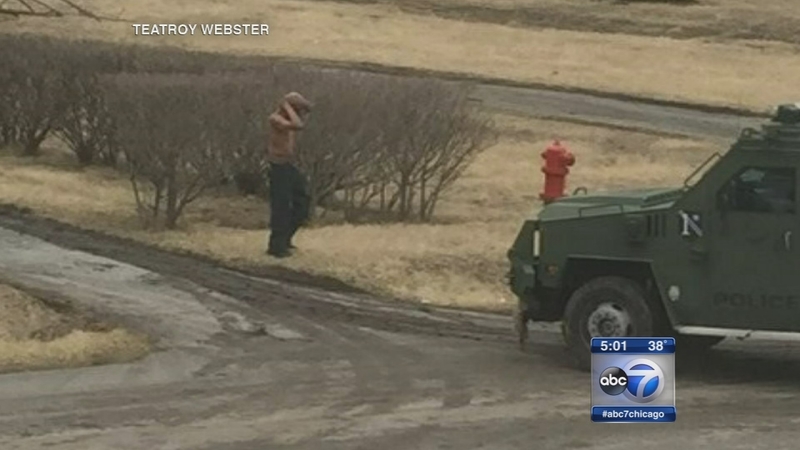 DIXMOOR, Ill. (WLS) -- A 78-year-old man was taken into custody Saturday afternoon after a standoff with police that lasted about 20 hours in south suburban Dixmoor, police said.

Police were alerted to the situation shortly before 7 p.m. Friday in the 2000-block of West 142 Street when a woman said that her mother was being held against her will by the mother's boyfriend, officials said. Shaquisha Gibson-Posey said her mother shared the house with the man.

Police secured the scene and neighbors were forced from homes for their own safety, officials said.

The man, who is a veteran, eventually let his girlfriend go unharmed around 7:3 a.m. Saturday. But then barricaded himself inside the house.

The Cook County Sheriffs Police hostage barricade team arrived on scene and set up their units to negotiate with the man for hours to get him to come out of the house.

The standoff ended peacefully without injuries.