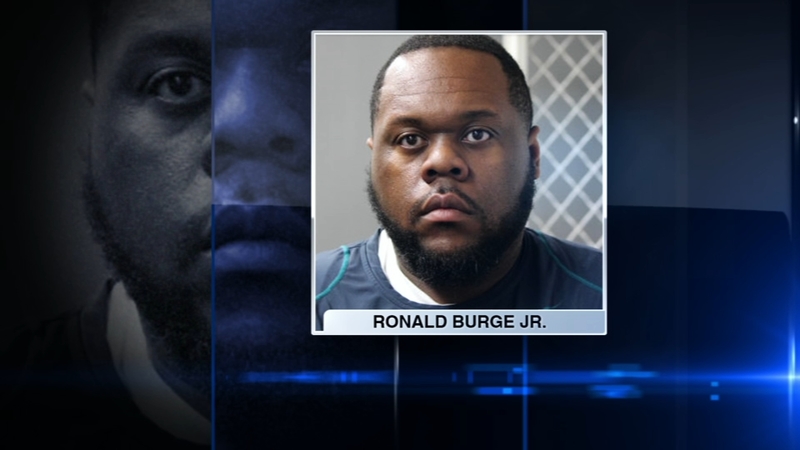 DIXMOOR, Ill. (WLS) -- A Dixmoor cop is facing an aggravated battery charge over an altercation with a 66-year-old woman.

Dixmoor Commander Ronald Burge, Jr. is charged with aggravated battery and official misconduct over the encounter with Carla Bourgouis.

Bourgouis said she was at the Dixmoor police station in October after her grandson was arrested.

According to prosecutors, Burge then arrested that boy's father when he refused to hand over a cell phone he'd been using to record their conversation. That's when Bourgouis said she too began recording.

"And then he looked at me and said, 'Give me my phone, your phone.' And I said, 'No, you can't have my phone,' so I began to leave out of the police station. And what I did is I ran out of there," Bourgouis said.

Video obtained by ABC 7 shows Burge with an arm around her and a gun in the other hand.

"The defendant then carried and dragged the victim back to the police station with her feet at times dangling off the ground," said Cook County Assistant State's Attorney Heather Weber.
She said Burge "then purposefully slammed the victim's face into the back hallway wall on three separate occasions."

"She's shorter than he is. She grabbed him in his private parts and refused to let go," Burge, Sr. said.

The police chief said Bourgouis' actions forced officers to chase her down.

"She hit her head against the wall because they're trying to control her," he said.

All charges against Bourgouis were dropped by Cook County prosecutors.

She denies hitting or grabbing Burge.