New Dixmoor treasurer selected, but it might be too late
WLS
By Diane Pathieu 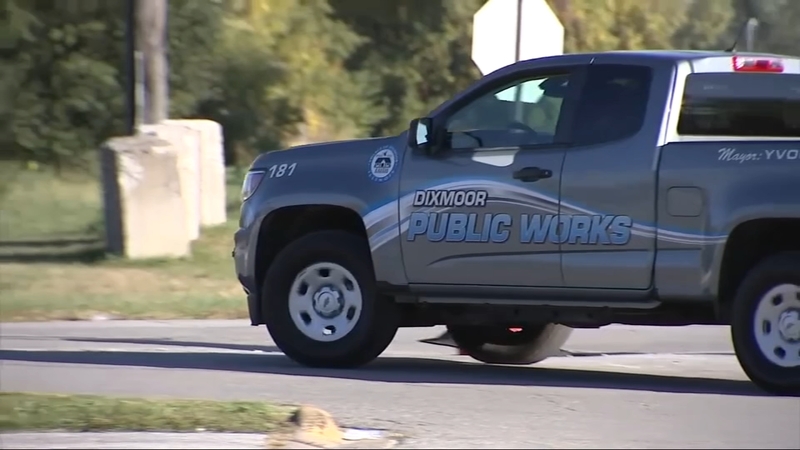 DIXMOOR, Ill. (WLS) -- Dixmoor village employees still were not sure Friday morning, if they would receive their paychecks later in the day.

Friday afternoon, Chief Ronald Burge sent a letter to the village employees and said, "All employees of the Village of Dixmoor will receive their paychecks by the end of business day today October, 9, 2020."

Less than two days from payday, Dixmoor village employees said they came to work Wednesday only to find this week's paycheck may not come.

Less than two days from payday, Dixmoor village employees said they came to work only to find this week's paycheck may not come.

During a board meeting Thursday night, the south suburban village did approve a new treasurer, which is part of the problem.

Every Dixmoor employee opened the same letter from the mayor Wednesday morning saying that due to a disagreement between the mayor and trustees over approving a new village treasurer, payroll could not be processed, and employees may not get paid.

Police officers, public works attendees and administrative assistants are among the workers waiting to hear if they'll be paid as normal on Friday.

"It's a crying shame that I got guys with a chance they're not going to get paid Friday for the work they've already done," said Paris Steele, superintendent of public works. "How do I expect them to continue on with the work in the future days if they're not getting paid for the work they've already done? It's a dark cloud that us employees working have to deal with politics."

If the new treasurer can get the paychecks processed in time, then employees might receive them Friday. Otherwise, they'll have to be pushed to Monday.

"We haven't rejected the treasurer. All we asked her is that she bring us the contract for the treasurer and how much the treasurer will like to get paid," Dixmoor trustee Fitzgerald Roberts said at the time. "We don't know what the treasurer is asking for. We haven't seen a contract."

"We do not want to have anyone that has worked for the village not get paid," said Toni Mitchell, another trustee.

Dixmoor Mayor Yvonne Davis later said said the treasurer had resigned, and she would appoint a new one. Trustees reportedly wanted to hire someone else.

Davis said they did not previously confirm the appointment and even walked out of earlier board meetings.