Undocumented workers can apply for driver's licenses in New York 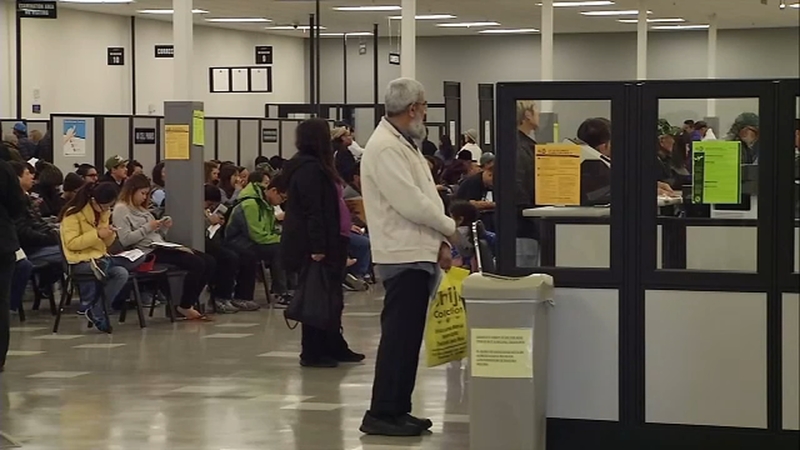 NEW YORK -- Undocumented workers in New York State are getting a big green light Monday -- they are now allowed to apply for driver's licenses.

"It will change the lives of residents, also bring huge revenue to the state as a whole," says Yaritza Mendez, of Make the Road New York.

License applicants without a valid Social Security number are now able to submit alternative forms of ID that include valid passports and driver's licenses issued in other countries.

Applicants must still get a permit and pass a road test to qualify for a standard driver's license.

Officials were working to assure those interested that an application with the DMV will not lead to an arrest by immigration agents.

The Green Light NY applies to New York state residents only and weathered two court challenges, with the second coming Friday, just days before its enactment.

Merola, a Republican, had argued that the state law conflicts with federal immigration law.

Merola is one of more than 50 county clerks who run Department of Motor Vehicles offices as agents of the state. Some clerks have said they're frustrated with the rollout of the law and several have sued the state.

"I am disappointed, and hopefully, this is only a setback," he said in a statement. "We will continue to fight to be heard."

"We expect all public officials to comply with the law, and, as the state's attorney and chief law enforcement officer, I will continue to vigorously defend it," she said in a statement.

Some Republican county clerks upstate have said they will refuse to issue the driver's licenses. State officials are said to be watching that process closely.

Gov. Andrew Cuomo would have the authority to replace any clerks who refuse to carry out a state law.

Most motor vehicle transactions downstate are handled by state employees, not county clerks.

New York joins a dozen other states, plus Washington D.C. and Puerto Rico, which already have similar policies.

New Jersey is expected to vote on a similar law Monday, where immigrant families have been holding vigils. Governor Phil Murphy says he plans to sign it.