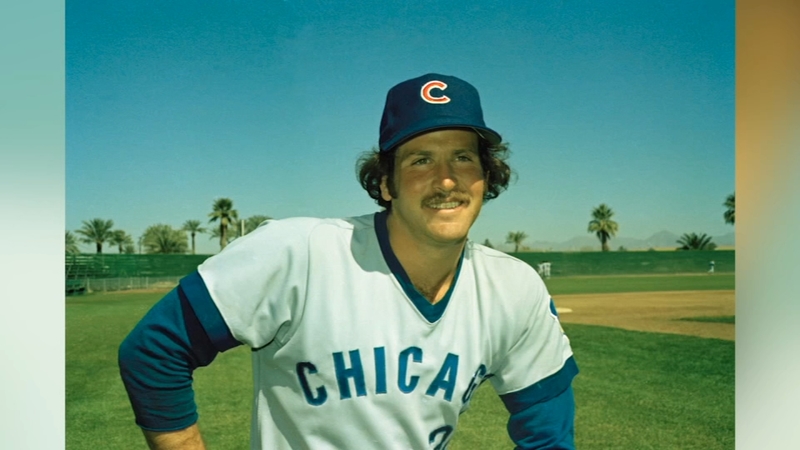 It's a pregame routine he's been following for four decades now. But Tuesday, he'll have a few other things going on as he throws out the first pitch to celebrate his 40th anniversary in the booth.

"It's been just a wonderful ride," Stone said. "You take a little something from each one of these guys, and hopefully learn something."

The 74-year-old Stone describes himself as a baseball lifer. He's been in the game professionally for 53 years.

In fact, he is the only person to have played and been a broadcaster for both the Cubs and the White Sox. As a player, he won the Cy Young award as a pitcher with the Baltimore Orioles. And just five days after his playing career ended in 1982, he found himself in the booth. Shortly after that, the Cubs hired him to work alongside the legendary Harry Caray, who he said taught him a lot.

"You have to be an entertainer as well as an educator. Harry always told me, 'it's show biz. Never lose sight of that fact,'" Stone said.

Stone also worked with Caray's grandson, Chip, for several seasons. He left the North Side after the 2004 season and moved to the South Side, where he first worked with legendary Ken Harrelson. Stone and his current partner, Jason Benetti, have worked together for seven seasons and created a unique and entertaining partnership.

"Baseball's intricacies are easier to comprehend when Steve tells you about them. To me that's an absolute gift," Benetti said.

Stone prides himself on helping people better understand the game, whether they are a casual fan or lifelong season-ticket holder. For Stone, there is no better life than this.

"This is exactly what I want to do. I love the game of baseball, my whole life. I've played it since I was 5 years old," Stone said.