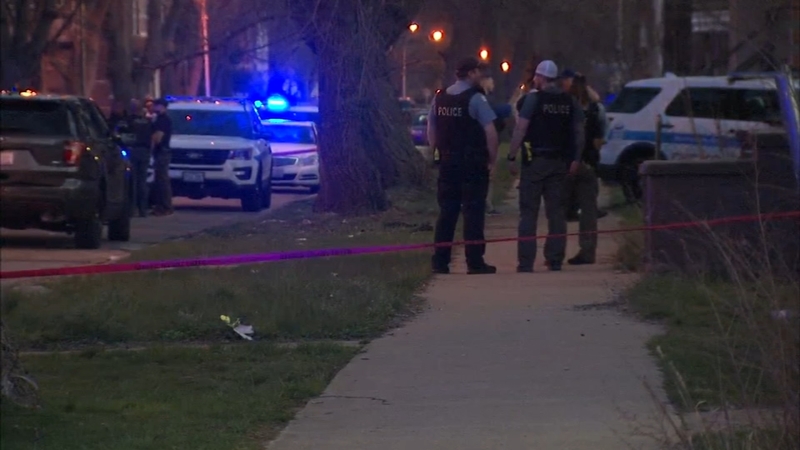 CHICAGO (WLS) -- A 68-year-old woman was seriously injured when she was attacked by two dogs Monday evening in the city's West Woodlawn neighborhood, police said.

Police said officers responded to a report of vicious animals in the 6500-block of South Evans Avenue around 7:30 p.m. There they found a woman being attacked by two dogs.

A man who saw the attack frantically tried to help, tossing bricks at the dogs as police arrived. The man also honked his horns as he saw the dogs attack the woman, then got out to try to get them off her, but he said they would not stop mauling her.

The man said as police arrived the dogs kept attacking, until one went after an officer and that officer opened fire right at the dog's head. Both were eventually captured. Animal Control also responded to the scene.

The victim was taken to Stroger Hospital in serious condition with bites all over her body.