What does 'dog days of summer' really mean? 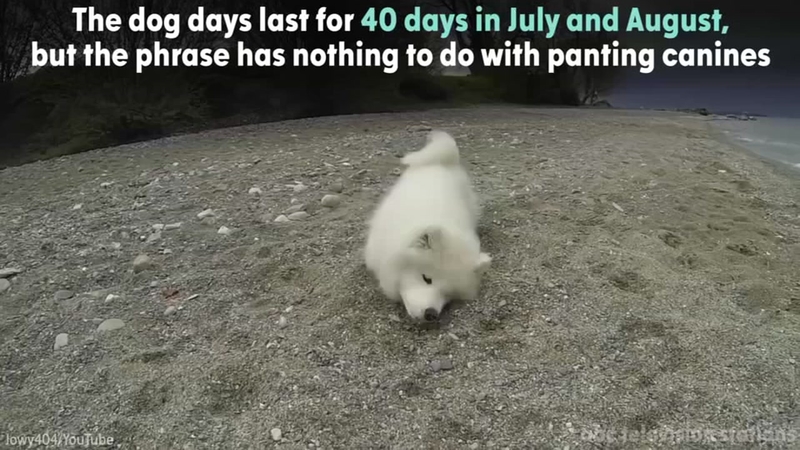 Here's why they're called the 'dog days of summer'

The words "dog days of summer" might conjure up images of canines panting in the heat, but the origin of the phrase actually has to do with the stars.

Historians say the phrase dates back to the ancient Greeks and Romans, who would keep track of the seasons by looking up at the sky. The star Sirius was known as the "dog star" because it made up the nose of a constellation shaped like a dog.

When Sirius would appear in the sky just before the sun, near the end of July, that marked the beginning of the very hottest days of the year. The Romans referred to this period as "dies caniculares" or "days of the dog star," which was eventually translated as just "dog days."

But the ancient civilizations' predictions don't quite work for modern times, according to National Geographic. That's because the Earth's rotation wobbles, meaning Sirius does not appear in the sky at the same time of year as it did back then. The Farmer's Almanac lists the modern dog days as lasting 40 days from July 3- August 11.