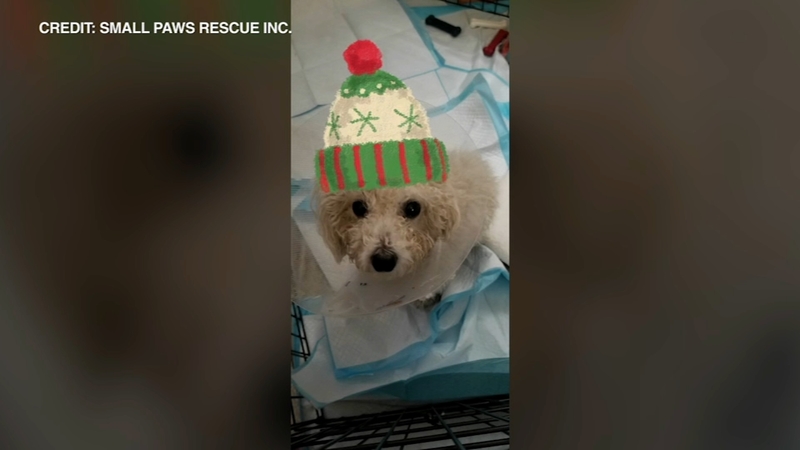 CHICAGO (WLS) -- A dog thrown from a moving car in Englewood earlier in December is recovering after successful surgery while police follow what the rescue that saved him calls a promising lead.

Witnesses said they saw someone toss the dog from a car near West Garfield Boulevard and South Halsted Street on Dec. 15. Those witnesses saved his life, scooping him off the street and calling Chicago Animal Care and Control.

The dog was named Elf is now in the care of Small Paws rescue, who posted an update on Christmas Eve.

They said he had surgery for injuries to both hips and his pelvis, and is now recovering in a foster home. The rescue owner said he's "in witness protection."

The rescue paid for his surgery and is now waiting for physical rehab, the post said.