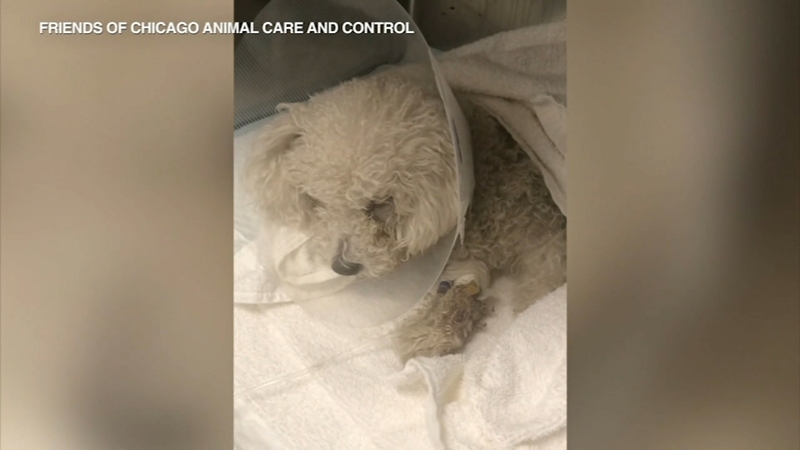 CHICAGO (WLS) -- A dog is recovering from surgery after someone threw him out of a moving car in Englewood over the weekend.

Witnesses said they saw someone toss the dog from a car near West Garfield Boulevard and South Halsted Street Sunday night.

The 3-year-old bichon is out of surgery and on the mend in the care of Friends of Chicago Animal Care and Control.

"I am continually amazed by the inhumanity of people toward animals. It's just a shocker to me," said Charlie Propsom, Friends of Chicago Animal Care and Control.

The dog might have died if witnesses hadn't scooped him off the street and called Chicago Animal Care and Control. He's been given the name "Elf" in honor of the holidays.

"He's one lucky puppy, and it looks like he's going to do a full recovery," Propsom said.