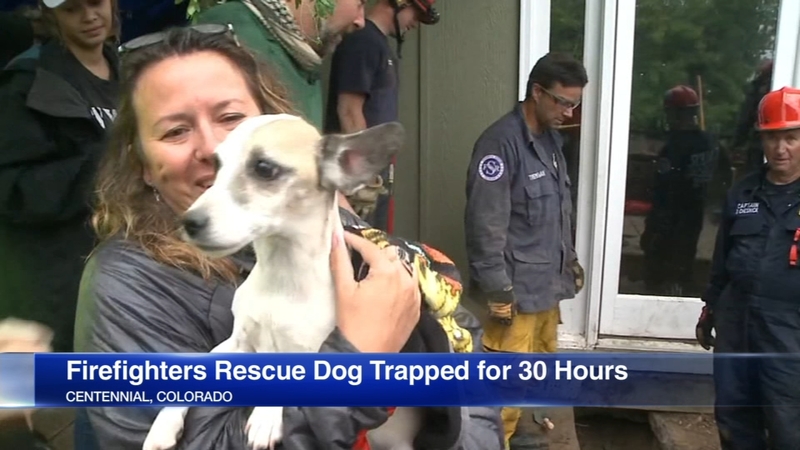 CENTENNIAL, Colo. -- A Colorado dog got herself in some deep trouble after chasing a rabbit and becoming stuck for many hours underneath her own house.

An eight-year-old Jack Russell Terrier named Luna found herself in some trouble in Centennial, near Denver.

Firefighters say she could be heard barking for help on Tuesday.

Fire crews from three different agencies worked tirelessly to save the family dog that was trapped under their home for more than 30 hours.

The family believes Luna was chasing a rabbit when she got stuck.

The dog's owner, Anne Timmerman, said on Monday morning they had no idea how to respond.

That is when fire crews were called in to help, working for hours just to rescue Luna.

When fire crews realized the rescue was going to be more difficult than they anticipated, the technical rescue team from South Metro Fire came in and pulled out all of the stops, first cutting open Timmermans' deck and then slicing through a concrete slab underneath the home.

By the end of the day, the Timmermans' had neighbors, friends, family, animal control and even strangers showing up in their backyard offering to help.

Together they waited, as everyone watched for a sign of little Luna.

After more than six hours of working to free Luna, she finally popped her head out, met by a crowd of cheers.

The family says they are very grateful to everyone for their help in getting Luna out.