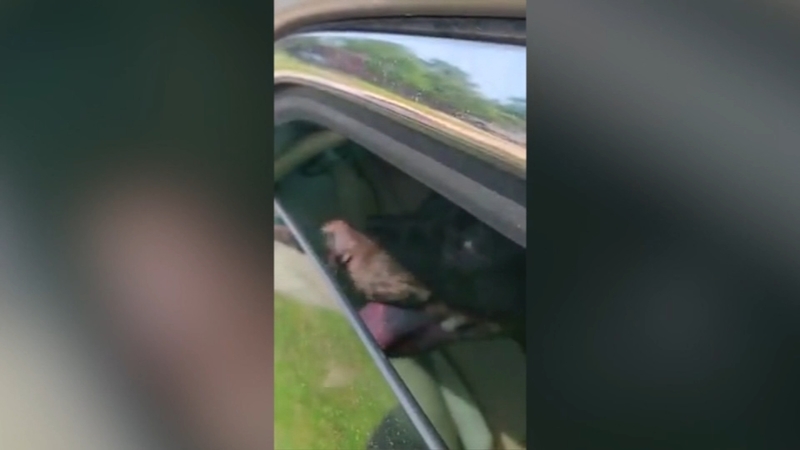 NORFOLK, VA -- A Virginia man noticed a dog trapped inside of a hot car and smashed out the car window to free the pup.

Jason Minson happened to be working in the area of Norfolk on Tuesday and immediately called police for help when he saw the young black Lab mix, but he was worried they were taking too long, WTKR reported.

Minson took matters into his own hands and captured the rescue on camera.

"The dog was obviously in severe distress, panting heavily we gave it a bottle of water, I called 911 and they said they were going to send animal control out."

Animal control did show up, but Minson said it took more than twenty minutes and in that time the dog drank up two bottles of water. The dog's owner was still nowhere to be found.

"It's cruelty," Minson said. "Leaving a living being in conditions that hot is just cruel."

So, Minson smashed the window, freeing the dog, which was taken to by animal control.

Minson is an Army veteran who has a Great Dane service dog named Rex, who's more than just his pet, but a part of his family.

"They depend on us to take care of them, like a child would, and if you are going to be a dog owner, you have to step up to those responsibilities," Minson said.

The dog is recovering in the care of animal control officials.