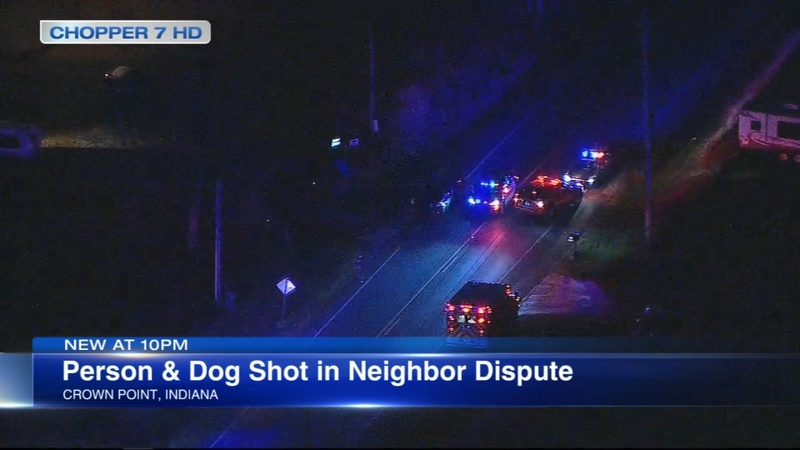 CROWN POINT, Ind. -- A person and a dog were shot in a dispute between neighbors Monday in northwest Indiana.

Authorities were called about 3:30 p.m. for reports of "neighbors shooting at each other" in the 6400 block of 109th Avenue in Crown Point, Indiana, according to a statement from the Lake County sheriff's office.

The shooting began when one neighbor shot the other's dog, the sheriff's office said. The dog's owner was also shot in the head and taken to Saint Anthony Hospital in Crown Point. The conditions of the person and the dog were not immediately specified.

The suspected shooter was taken into custody and the area is being processed for evidence by crime scene investigators, the sheriff's office said.