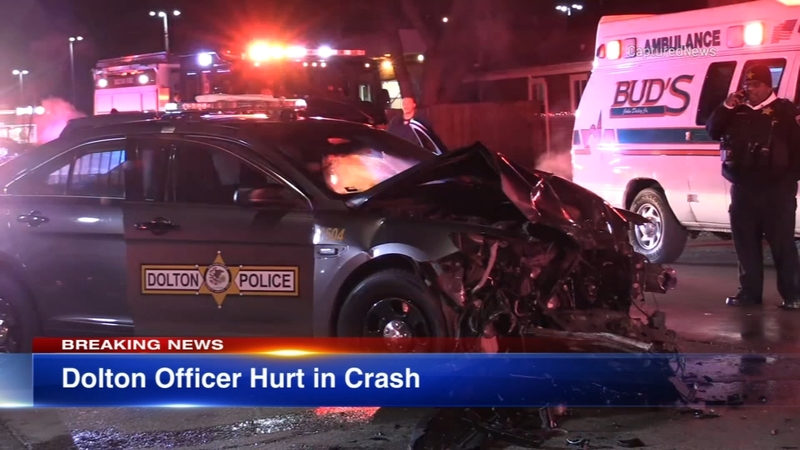 Dolton police confirmed an on-duty officer was injured after a driver struck their vehicle at 151st Street and Woodlawn.

Dolton police confirmed the officer is alert as of Friday night, and undergoing tests.

Bernard Hutchinson, 33, of Lynwood was charged with DUI in relation to the crash. Police said he had a blood alcohol level of .154 and officers found alcohol and marijuana in his car.