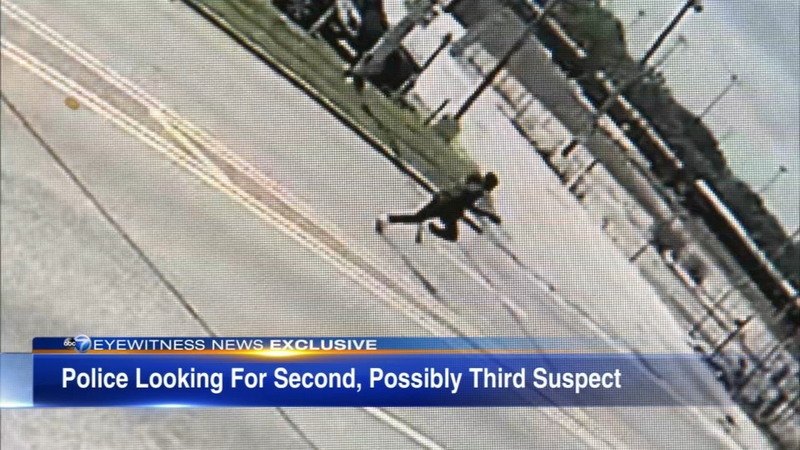 DOLTON, Ill. (WLS) -- Dolton police are looking for a second suspect, and possibly a third, who were involved in an armed robbery that led to a shootout with a cop Monday.

An officer responding to the robbery at a used car dealership in the 500-block of East Sibley Boulevard was injured in the shootout, but not by gunfire. One suspect was shot in the leg and taken to a hospital. He has been charged but remains hospitalized.

Exclusive surveillance video shows a second suspect running away from the scene, and police have said they are possibly looking for a third suspect as well, though they have not released any further information.

The officer, who is described as a veteran with about 20 years on the force, dislocated his shoulder while ducking for cover during the shootout, officials said. He was home and recovering in good spirits Thursday, police said.