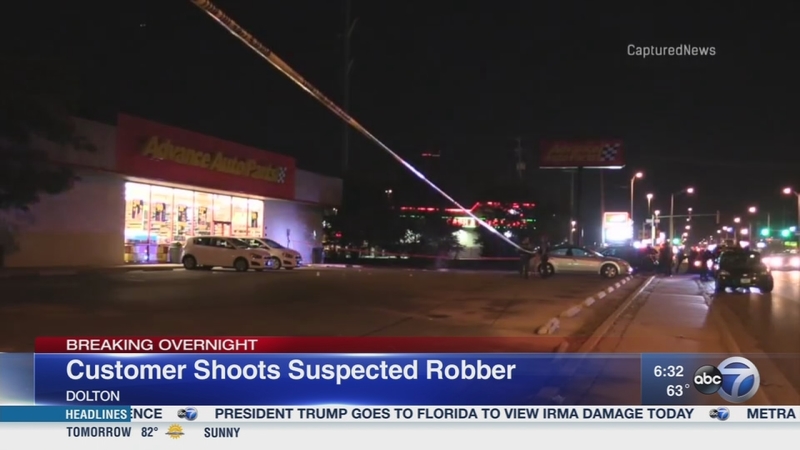 DOLTON, Ill. (WLS) -- A suspect was shot Wednesday night during an attempted armed robbery at an auto parts store in south suburban Dolton. A customer said the suspect ran at him with a weapon, so he opened fire.

The 20-year-old man with a gun walked into the Advance Auto Parts store in the 800-block of East 147th Street around 8 p.m. and tried to rob the store, police said.

He ran out of the store and toward a customer, who told police the suspect had a gun. The customer pulled out his own weapon and shot the suspect at least once.

One of the front doors was shattered during the shooting, covering the ground with shards of glass. A handgun appeared to have fallen on the sidewalk.

The 20-year-old was transported to St. Bernard Hospital in critical condition where he died. The Cook County Medical Examiner's Office identified him as Jonathan Agins of Dolton.